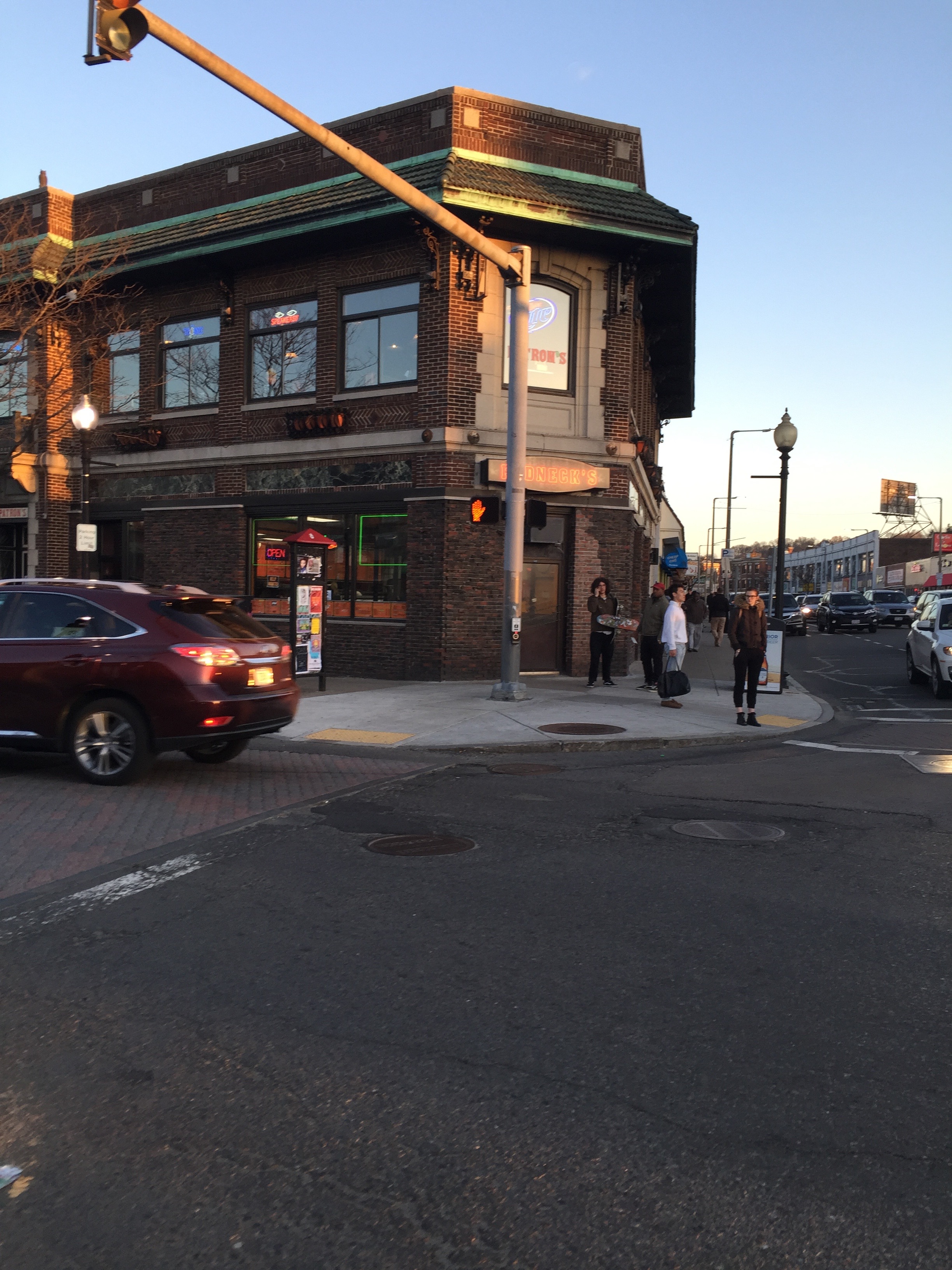 “You’ve enjoyed a “Hobo Special” of a 40 and a hot dog at Bukowski Tavern. The one in Inman Square. You know the Back Bay one is for rich yuppies.”

Source: 31 signs you grew up drinking in Boston

1. You’ve sat on the curb with your heels on your lap to eat street meat from the stand near Sissy K’s.

2. You’ll always drink Harpoon and Jack’s Abbey over Samuel Adams because you know that the Boston Lager isn’t actually brewed in Boston.

3. You know that to get served after 2am, all you have to do is go to a late-night restaurant in Chinatown and order a pot of “cold tea.” (Whether they give you beer or white wine is up to the proprietor.)

4. You suspect the bouncer at T’s still has the fake ID he confiscated from you when you were 19.

5. You can remember the days when you spent your weekends covered in PBR and highlighter ink from a BU or MIT frat party.

6. You’ve stolen salt and pepper shakers from the South Street diner at 4am But then felt intensely ashamed about it the next morning because that waiter was really good-natured about how drunk you were.

7. You’ve also, obviously, drunkenly ridden that mechanical pony outside of South Street at 5am.

8. You’ve been kicked out of White Horse for falling down too much.

9. When you go out of town and order a ‘Bacahdi and coke,’ you have to force yourself to pronounce the “R” because out-of-state bartenders never seem to know what you want.

10. You never forget your ID because all these students gallivanting around means you’ll be showing ID until you’re 75.

11. However you remember the days when a fake got you into Daisy Buchanan’s — easily.

12. You’ve felt the wrath of doing way too many pickleback shots at The Draft.

13. And if they ran out of pickle juice, you know what way too many Fireball shots can do to you.

14. You’ve ended up at JJ Foley’s after hours and mysteriously spent your entire paycheck.

15. You know that whenever you go to pay in Boston, the bartender’s going to ask if you’d like to pay cash or just “run the cahd.”

16. You’ve tasted the glory of adding Fireball to your Downeast Cider. (Also: Guinness and Downeast Cider, tell me that’s not good.)

17. You know that 90s night at Common Ground is the only time you can enjoy the Spice Girls without shame.

18. You’ll never say no to a pitcher of PBR. Obviously.

19. You’ve been genuinely impressed by the karaoke singers at Hong Kong, and equally impressed with the scorpion bowls and teriyaki sticks that go around like hot dogs at a Red Sox game.

20. You’ve been ripped off paying for booze at Fenway and the Garden — because it’s just that important to drink at sporting events.

21. You or someone you know has gotten into a fight at Coogan’s. But, hey, they have dollar drafts so you’ll always be back.

24. You’ve ordered yourself at least three $1 burgers from the Avenue. (Now $2 burgers…)

26. You know that nothing goes better with your fried clams and Martha’s Vineyard oysters than a cold Cisco Grey Lady.

27. Your friends keep telling you that Quincy Center has some awesome bars, but since they shut down Marina Bay, you have no real desire to take the Red Line out that far.

28. You’ve enjoyed a “Hobo Special” of a 40 and a hot dog at Bukowski Tavern. The one in Inman Square. You know the Back Bay one is for rich yuppies.

29. Your fanciest moment was when you got dressed up to sip craft cocktails and listen to live jazz at the Beehive.

30. Since the T stops running before last call, you’ve decided to just sober up with a walk around the Commons and wait until it reopens, rather than pay for a cab.

31. You’ve been honestly insulted by the waiters at Dick’s Last Resort.