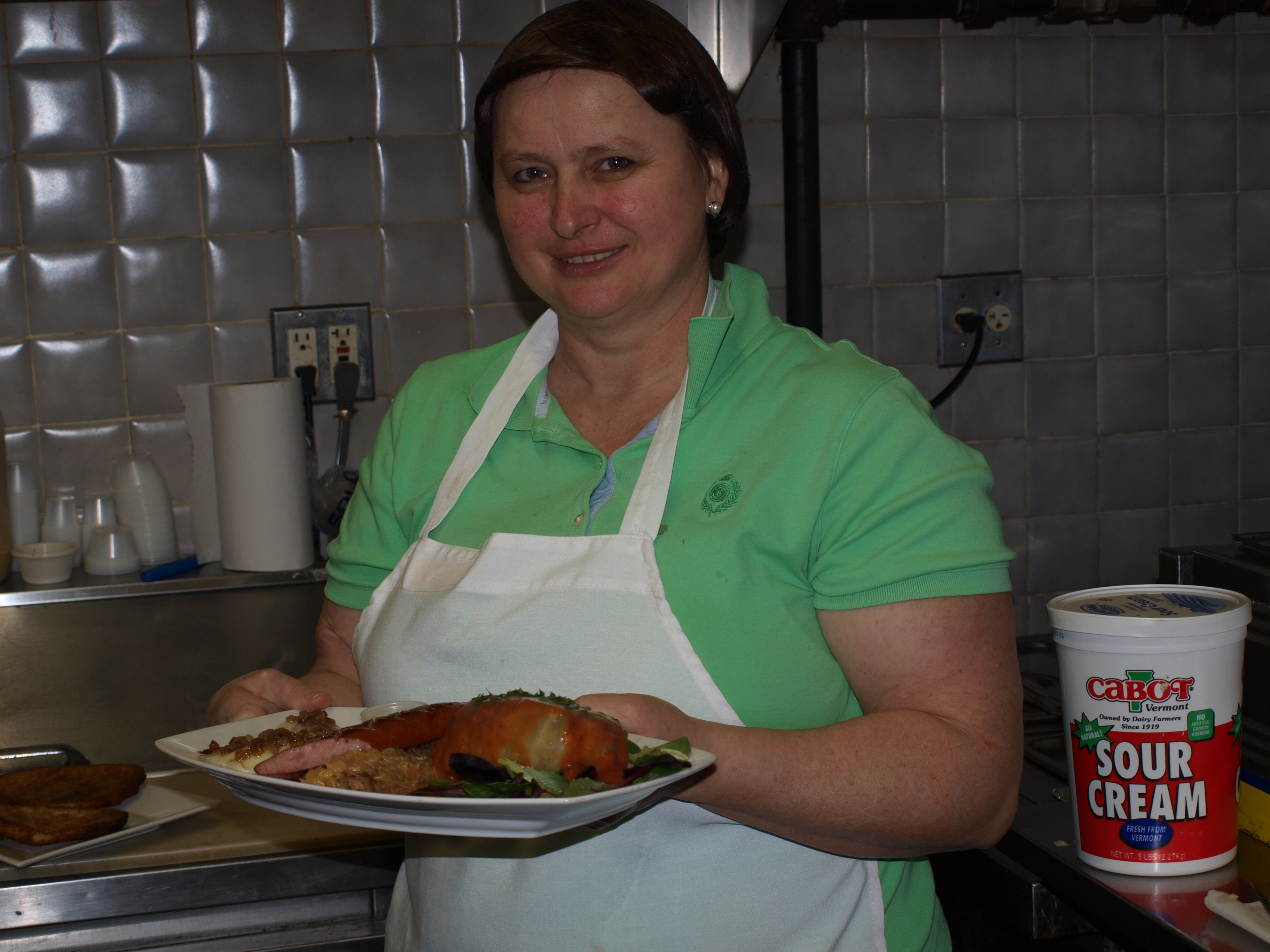 Blink and you’ll miss Café Polonia. Small, unassuming and located in what is becoming less and less the “Polish triangle,” this old restaurant is warmly decorated with light wooden furniture and small lantern centerpieces. 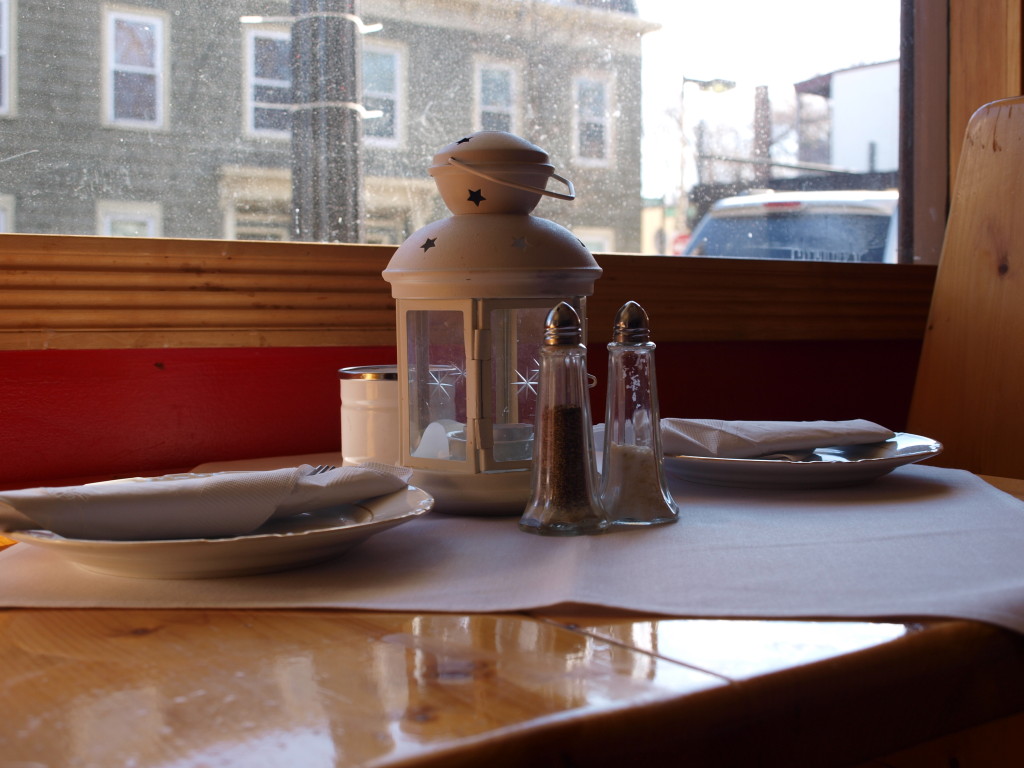 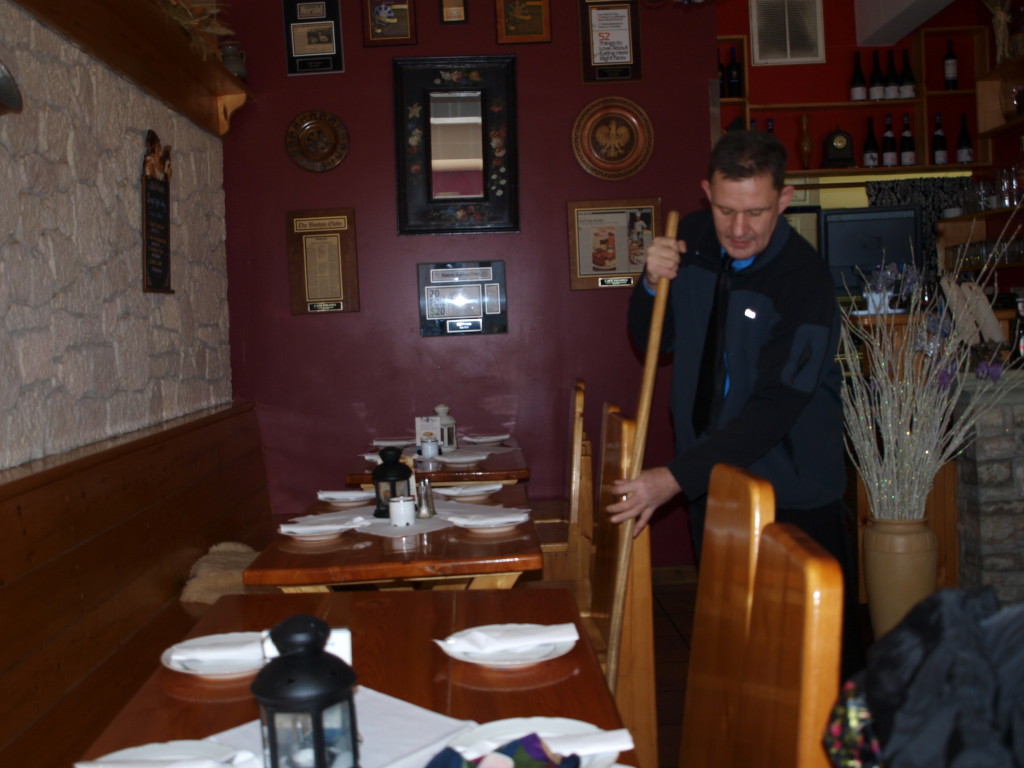 Bottles of Polish beer line the faux hearth in the north center of the restaurant, and jars of pickles and sauerkraut crowd the walls along with framed pictures and art. 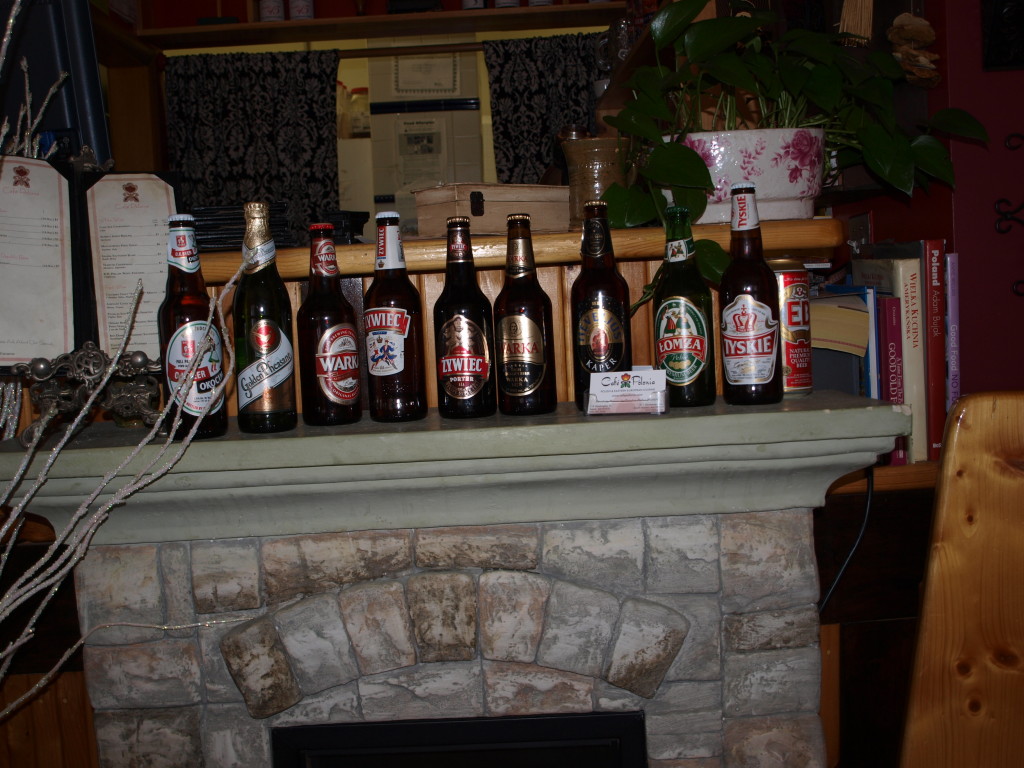 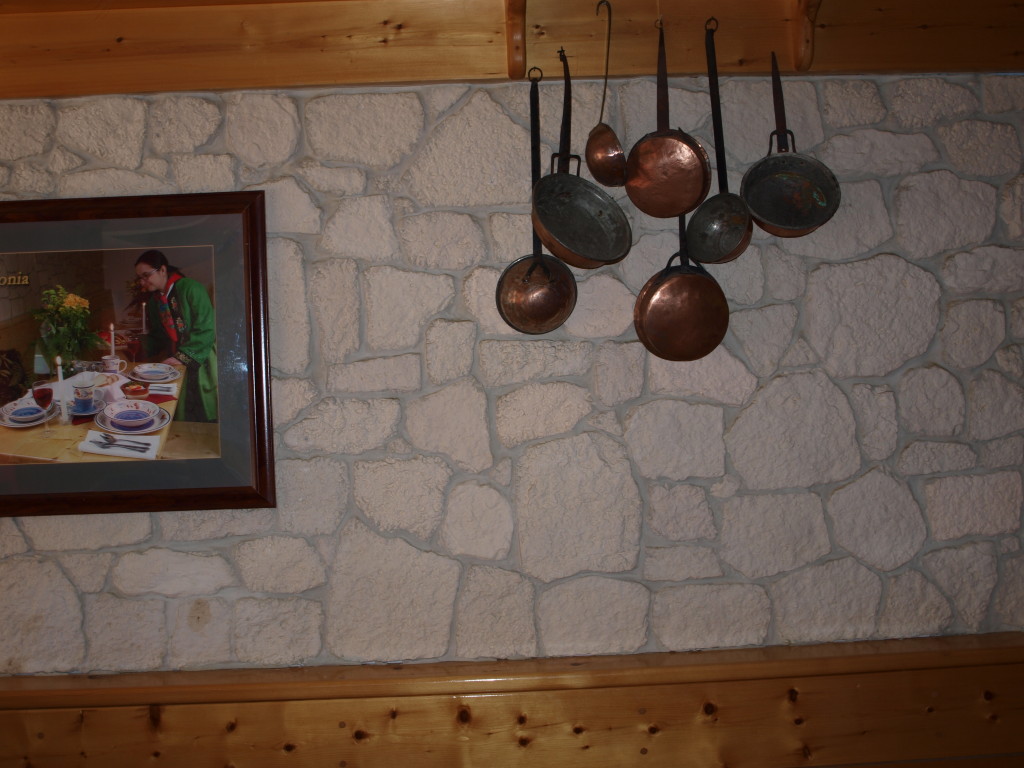 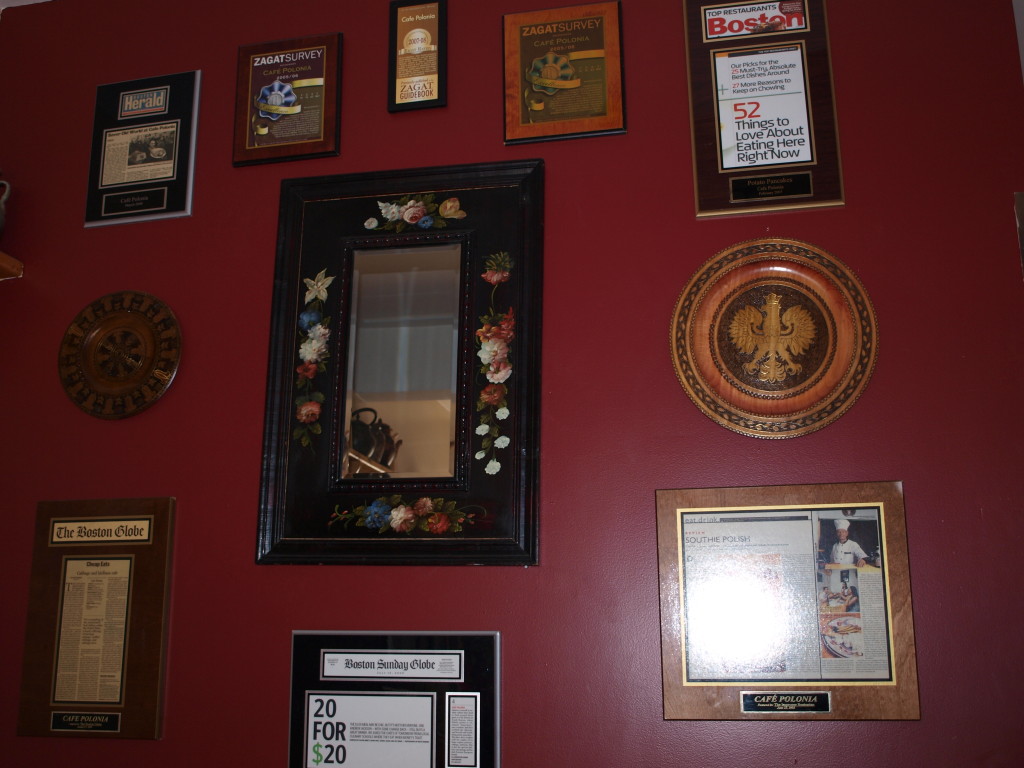 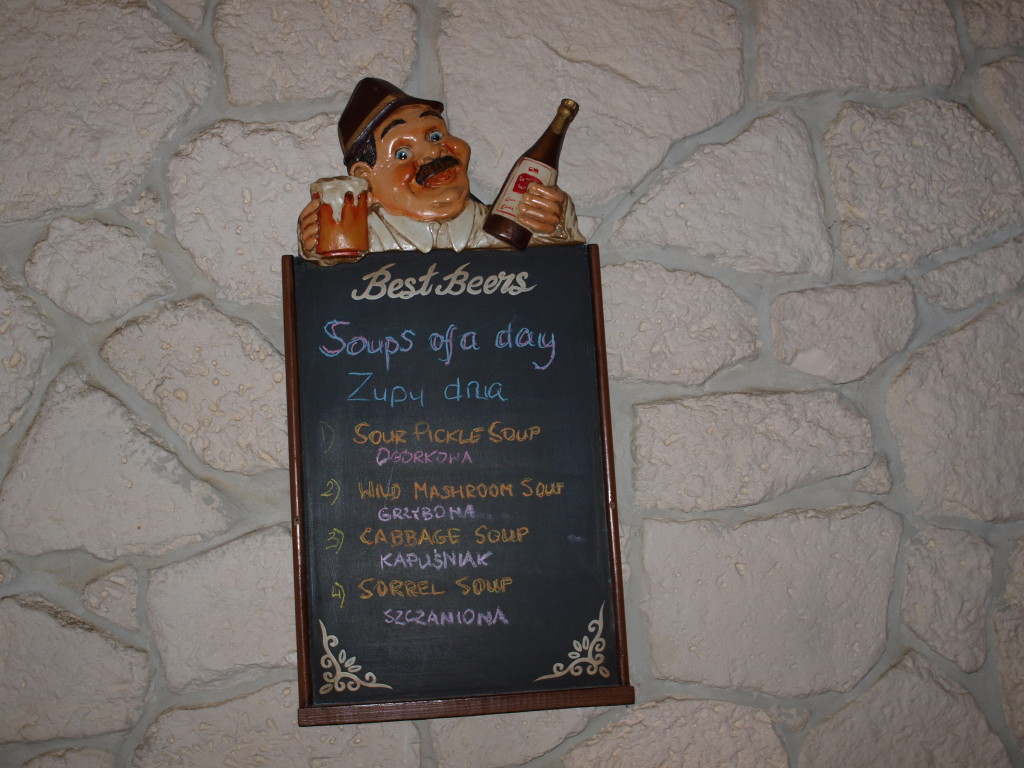 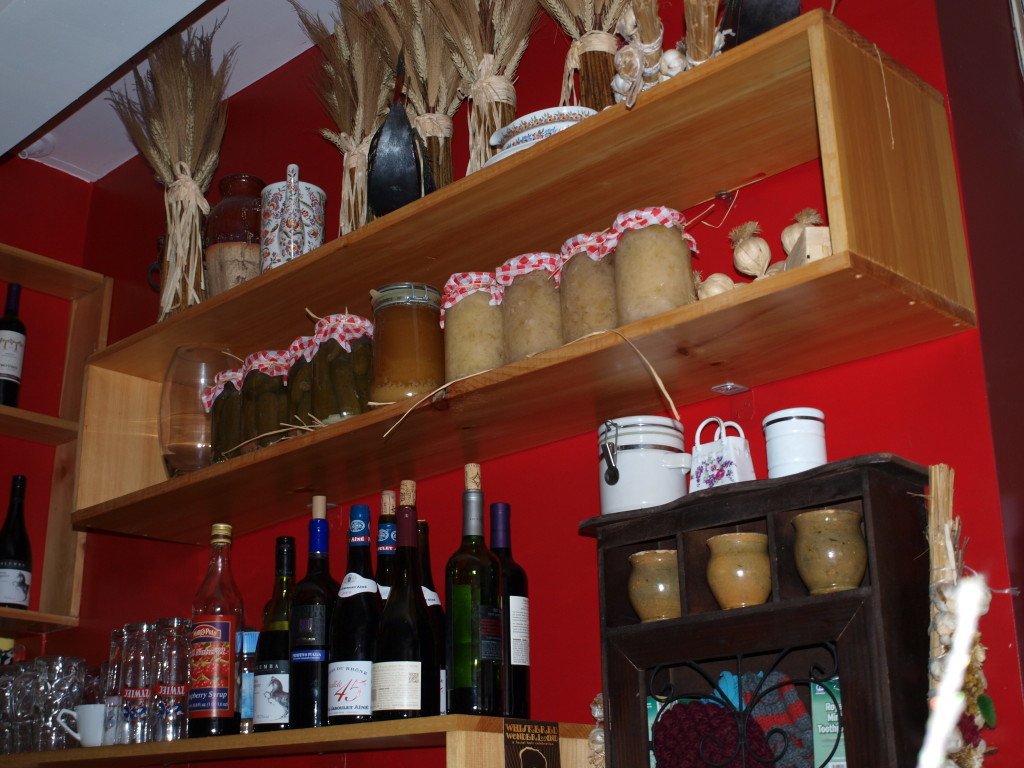 The manager, Michal Hryhorowicz, a man with honey colored eyes and a quiet, thickly accented voice, greeted us immediately and made us feel even cozier than the restaurant did. He brought to the table waters and fresh rye bread with a side of lard, bacon bits included. 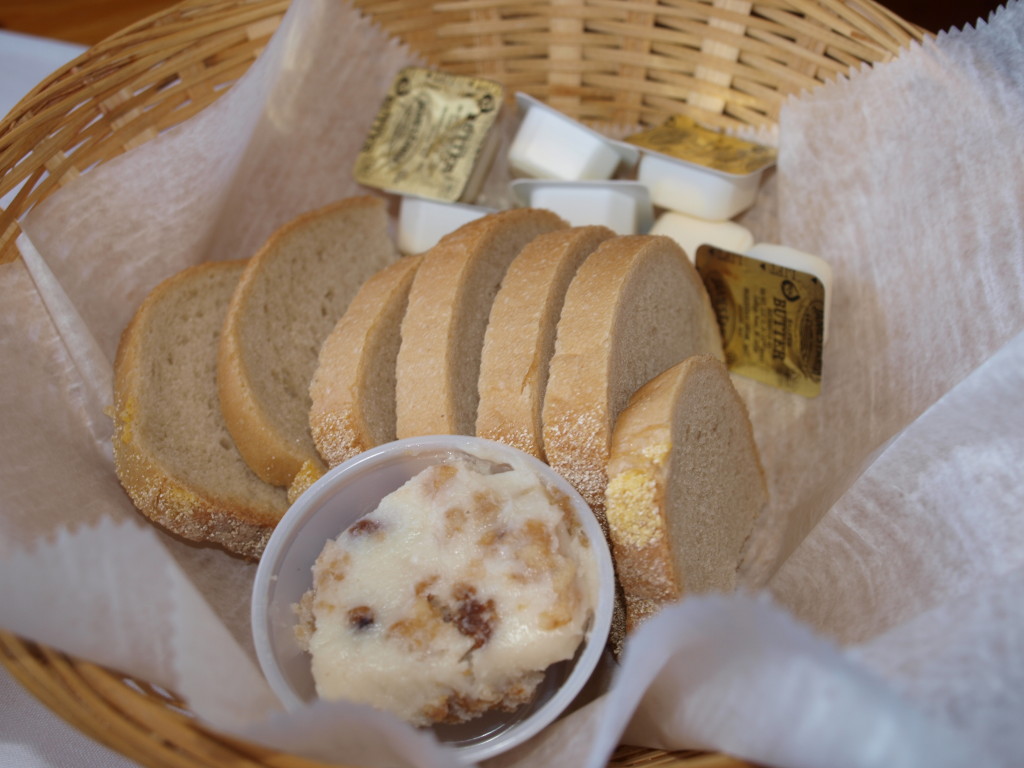 “It smells like my grandma’s house in here,” said my friend of Polish descent who accompanied me to dine in Dorchester.

Everybody knows the rule: if it smells like Grandma made it, it’s authentic, and Café Polonia’s grandma is Hanna Bochynska, 51, from the Wielkapolska region in Poland.

Hanna is short, plump, and speaks only in Polish, visibly embarrassed by the extra attention, but seemingly accustomed to Michal translating for her. She has been working as Café Polonia’s chef since she arrived in Boston from Poland 44 and a half years ago. The recipes are the owners’, but Hanna has been making the same food since she was a child in Poland, working with her sister to help their mother feed the family.

“Our recipes are just like what women in Poland would make, everything from scratch,” said Michal.

The menu doesn’t change, and Hanna loves everything on it. “Polish food is delicious,” she said through Michal. Why try to change it? Her favorite thing to eat is a gypsy pancake, which is potato pancakes stuffed with Hungarian goulash.

She loves her work, she said with a smile, but hates dishwashing. When asked where she cooked before Café Polonia, she replied, “Home.”

Hanna works around 42 hours a week, which includes not only cooking, but also shopping for supplies at restaurant depot, cleaning, and making sure her kitchen is in the right shape. Her busy work life combined with her citizenship and English classes leave her no time for hobbies.

She calls herself a food technician. Food is important to her because it is both work and culture, and she likes knowing that the customer is satisfied. Hanna also prides herself on feeding her family the same things she serves her customers, only slightly healthier. A little less lard, a little more vegetables. Hanna has a 30-year-old son, who prefers to eat organically, and a 27-year-old daughter who has two daughters herself.

How about Chinese food?

Michal translates that she doesn’t even know what that is.

Where do you go when you go out to eat?

Almost 45 years in the United States, and she doesn’t know what Chinese food is. That’s impressive. The lady loves her Polish food.

Watching Hanna cook in her kitchen is like watching my mother cook in hers. She moves methodically, slicing the sausage, spooning potato pancake mix onto a hot skillet, boiling water. She wears a hair net to cover cropped chestnut brown hair, and a green polo, black jeans, worn brown loafers, and black-and-white striped socks. Michal repeats orders to her that he has written on a notepad quietly and in Polish. She nods, barely, and continues cooking, adding more sausage to the grill or more pierogis to the boiling water. 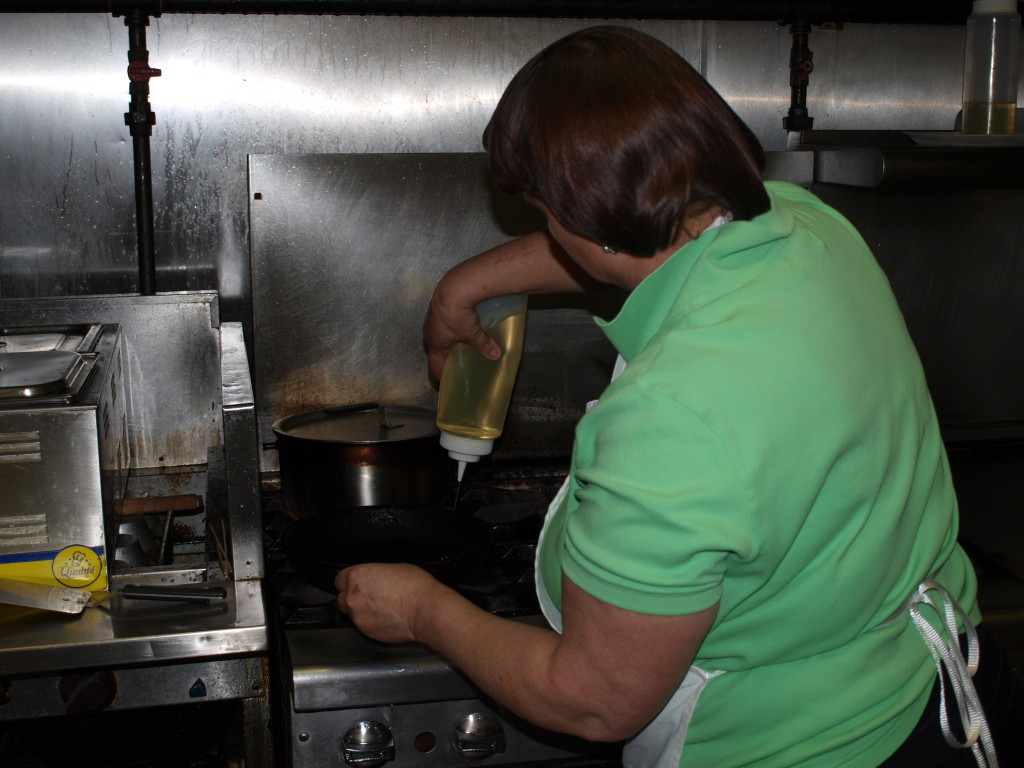 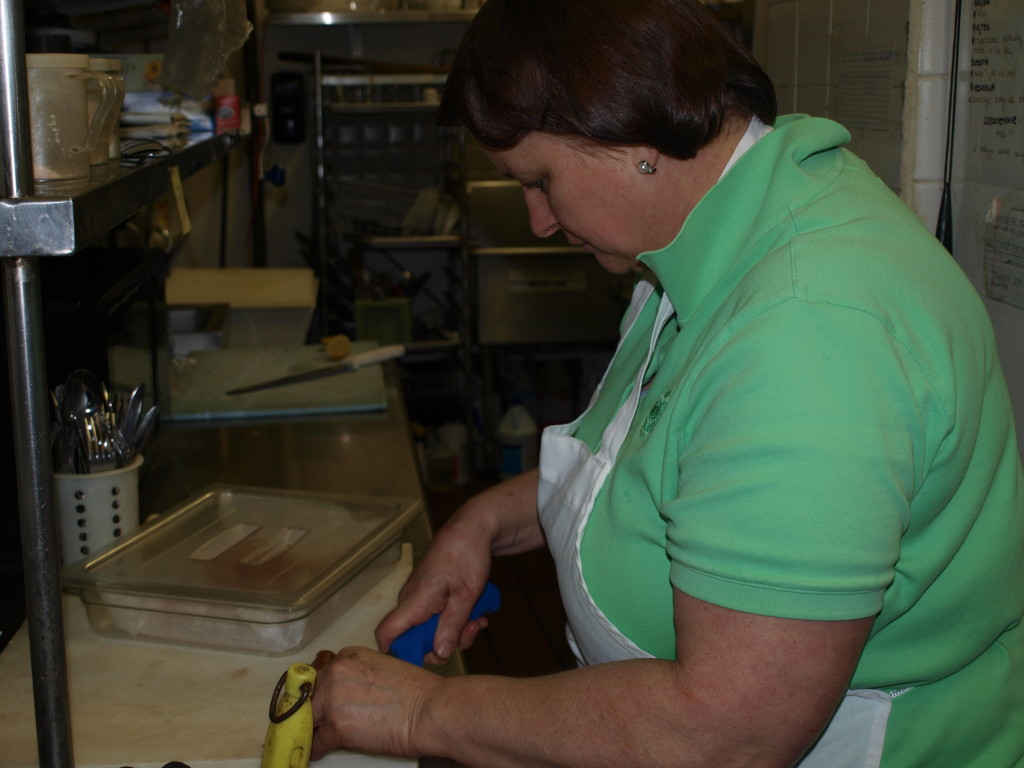 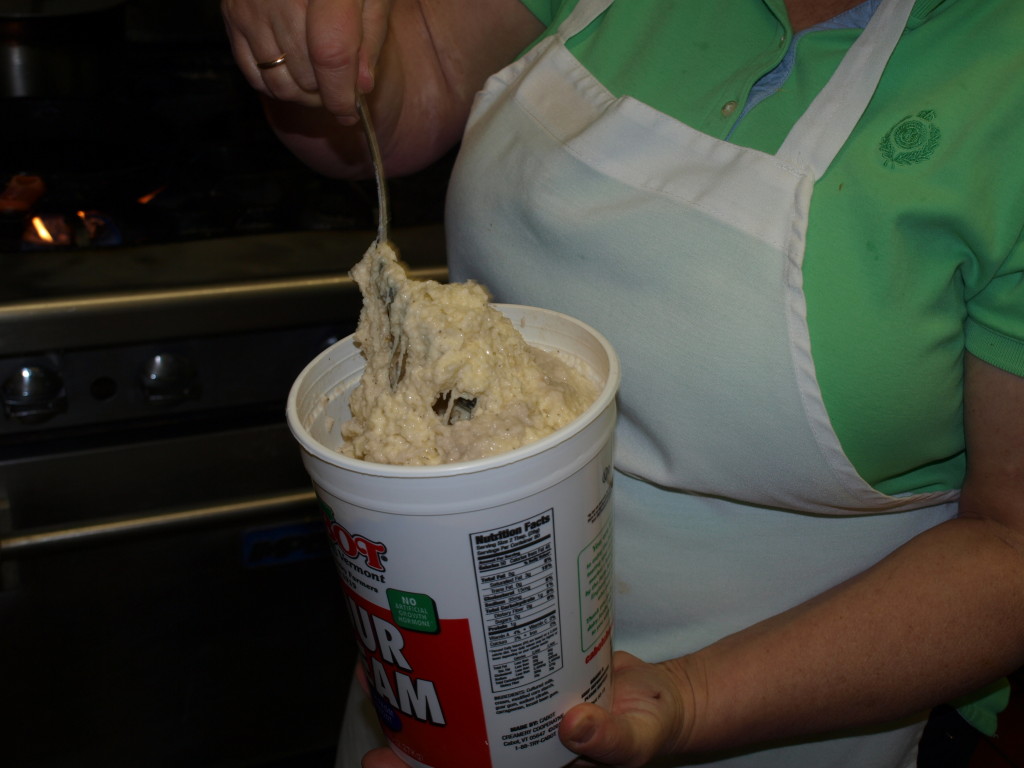 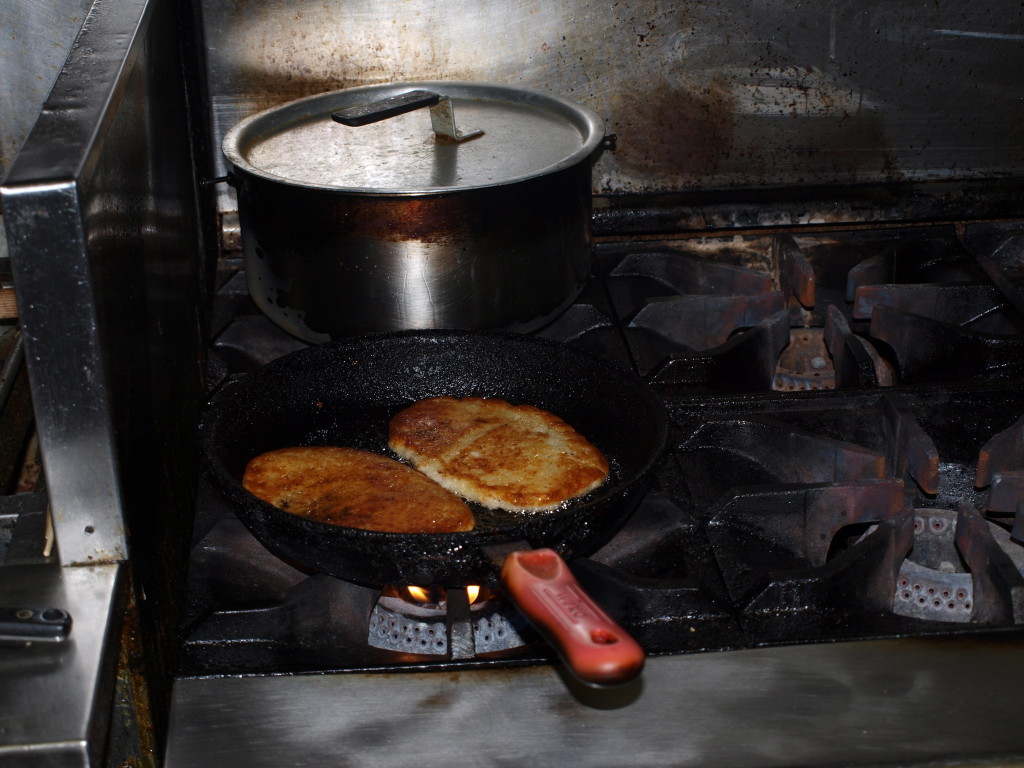 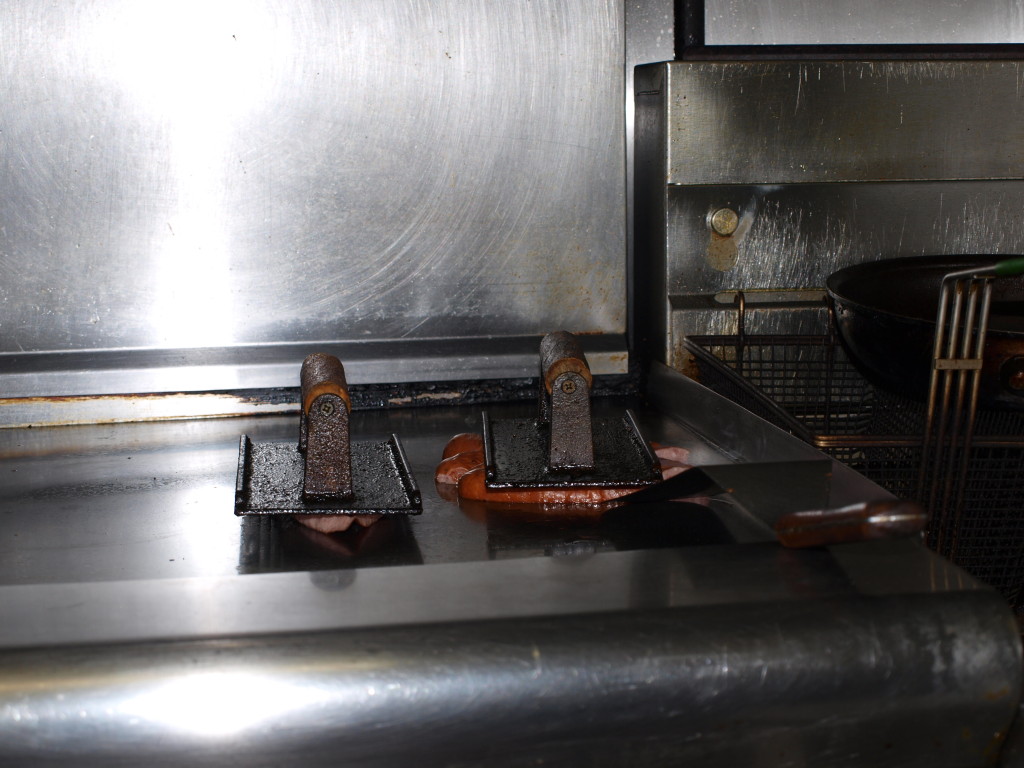 There is something so exciting about watching grandma cook for you. You see all the deliciousness that goes into what you’re about to eat, and the anticipation is almost unbearable. I watched her create what I had ordered with Michal off the English side of the menu: the Polish Plate and Smoked Salmon Potato Pancake. As she plated the food, I hurried back to my seat, giddy as a girl on Christmas morning. Awaiting me was a complimentary beer called Zywiec, an amber-honey colored lager.

Three boiled pierogis topped with carmelized onions, grilled kielbasa on a bed of sauerkraut with bits of meat in it, stuffed eggplant smothered in “bigos” or hunter’s stew all came delightfully packaged on the Polish Plate. The potato pancakes came on a separate plate, and a few minutes later, Hanna sent out some Hungarian goulash to eat with the potato pancakes. I’m getting hungry just writing about this meal. Everything tasted like home, and I’m not even Polish. 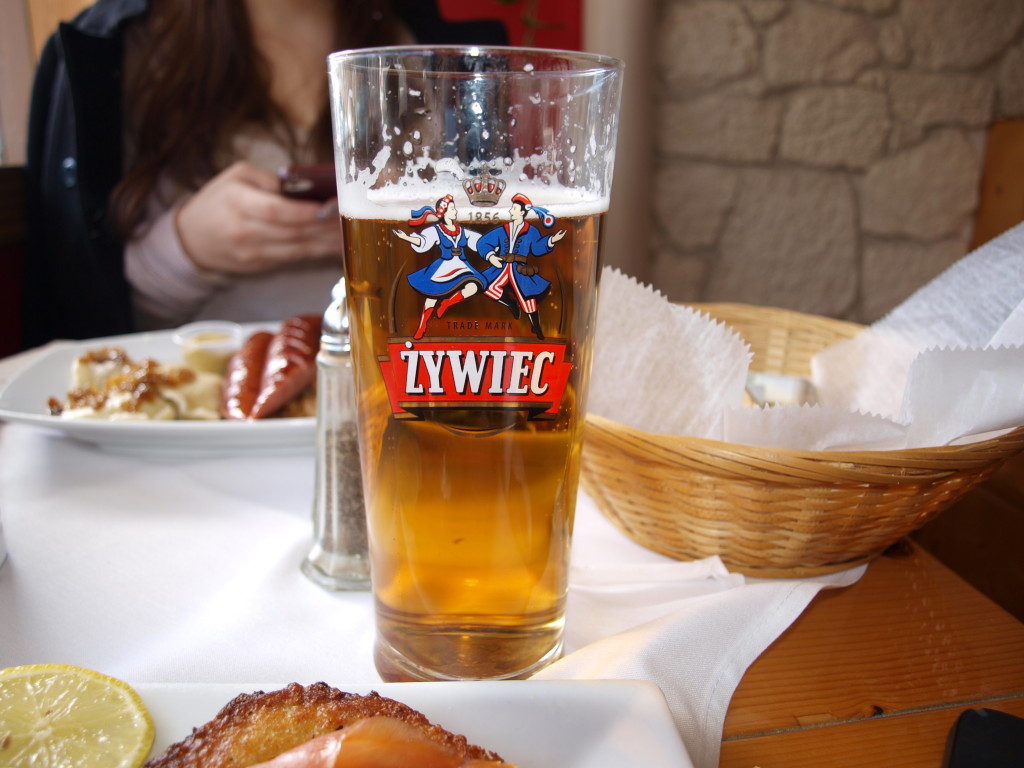