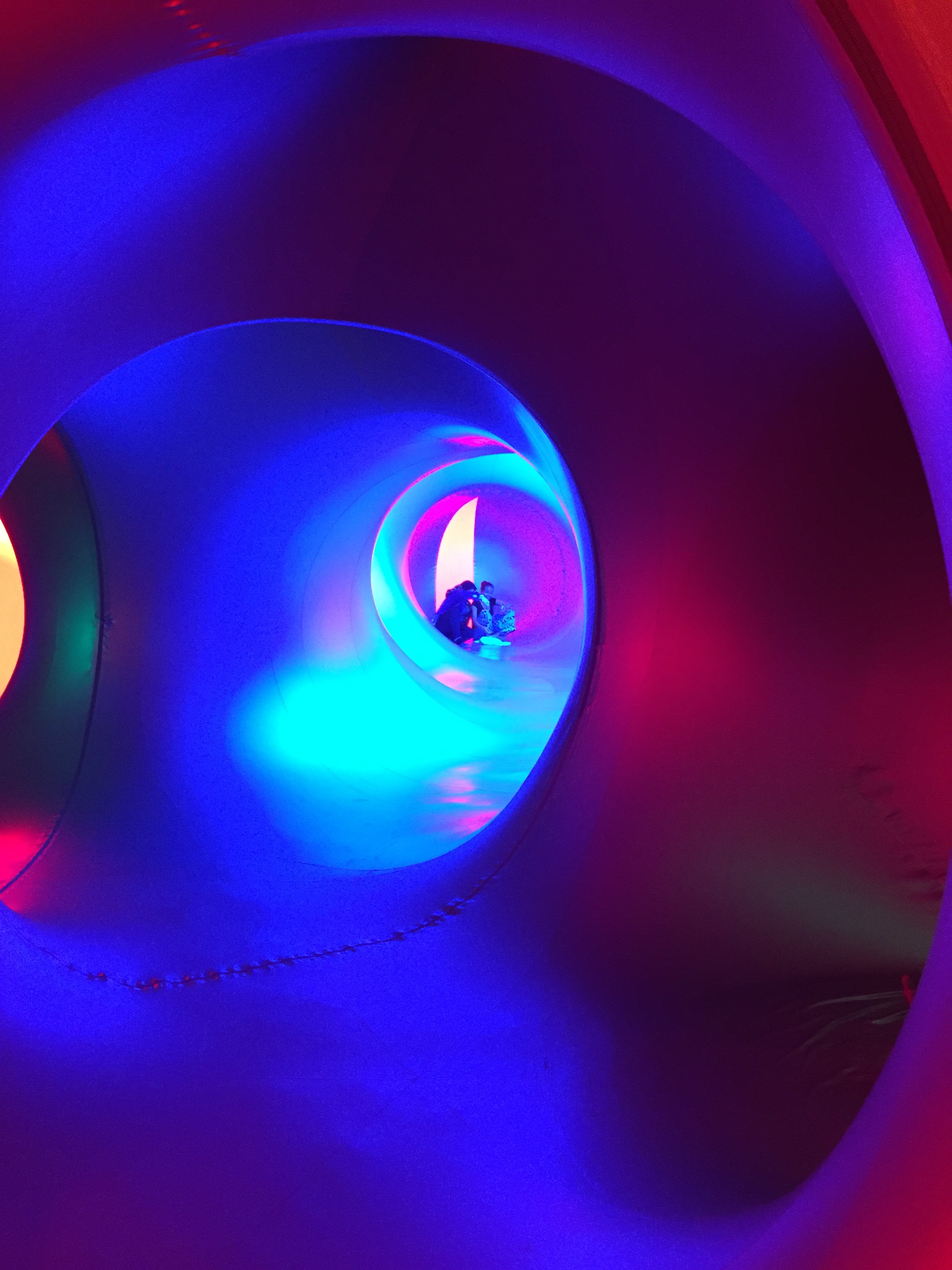 PENTALUM luminarium attracted Boston residents to The Lawn on D in Southie for a glorious, light-filled weekend.

PENTALUM luminarium, a blow up sculpture that creates the feeling of walking through a stained glass window, graced Boston with its presence on May 28 through May 31 at The Lawn on D in South Boston.

The Lawn, an experimental and interactive outdoor space for Boston residents and visitors, was the perfect location for PENTALUM, creating a nice transition from the orb-like swing sets, lounge chairs and ping pong tables to the colorful, inflatable funhouse.

After paying the affordable $5 cover charge, guests were asked to remove their shoes before entering the sculpture and to watch out for any sharp objects in their pockets.

Inflatable and de-flatable, PENTALUM is made of thin PVC, polyvinyl chloride, that lets in natural light to create an effect that has been correctly described as “somewhere between a womb and a cathedral,” both encompassing and inspiring.

Fluid geometric designs in red, blue, green and everything in between serve to make the guest breathe in sharply with awe at the surreal surroundings and greet the newly clothed light with spirituality.

You forget at once that there is material around you as you are enveloped in a sort of smooth and weightless perfection. You feel completely alone and at peace, and simultaneously one with all of the other guests who are experiencing the same sense of wonder. Soothing electronic tones, created by David Bickley, play quietly in the background as children seem to frolick in slow motion as if they are moving through water, and a few comfortable souls curl up in suggestive-looking pods.

The sculpture, and other luminaria like it, have attracted over 3 million visitors in 41 countries since the foundation of Architects of Air in 1992. Founder and artistic director Alan Parkinson’s intent on creating a sense of wonder at the beauty of light and color is made possible by his combined influences of architecture, from Islamic geometry to Gothic cathedrals to Archimedean solids. Visitors wander dreamlike through the labyrinth of tunnels and domes, experiencing their relation to space through the art.

Architects of Air has built six sculptures in total that tour the world with ease, taking only 4 hours to anchor and another 20 minutes to inflate. While the Boston exhibit is hitting the road, you can catch the next one, called Arboria, in Bad Pyrmont, Germany from June 12-21. In the meantime, The Lawn on D will still be open for games, activities and events, both public and private, until October 12.

One Reply to “PENTALUM Luminarium Brings Light to Southie”