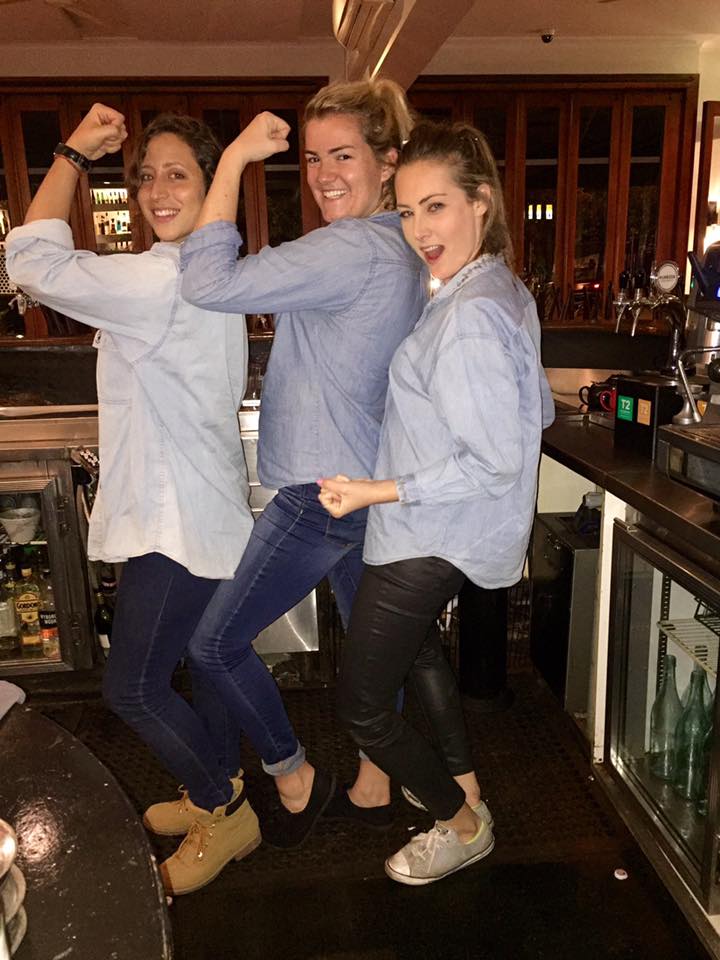 “But even though I’m possibly making three times less here in Australia, I still don’t miss serving in the States.”

Source: I’ve waitressed in the US and Australia, here’s why Australia is way better. Hands down.

WHEN I ARRIVED IN Melbourne, Australia, I gravitated toward what I already knew: the hospitality industry. Serving is the old song and dance wherever you do it. You learn the menu, you learn the computer, you remember where shit goes. And I did catch on to the different names for things pretty quickly — ‘capsicum’ for bell peppers, ‘rocquette’ for arugula, and ‘lemonade’ for Sprite. (Although I still can’t quite wrap my head around that last one.)

And yeah, in Melbourne, customers obviously love to crack jokes at me whenever they hear my American accent.

“Oh, I bet the portions are much bigger where you’re from, eh?” They’ll say.

“Yes, we’re all fat Americans, aren’t we? Have another bowl of chips, cunt,” I’ll politely reply.

But my favorite remark is: “Must be nice to make a living wage over here, isn’t it?”

And that’s where they’re wrong. True, the hourly wage here in Oz is much higher than in the States. I make $20 an hour after taxes here, versus the $3 an hour before taxes that I made back in Boston. But as anyone who has worked the floor in the US knows, that good-old American tipping culture had me, more or less, rolling in cash. Twenty percent of that upsold check went to yours truly, so it wasn’t a big deal to walk out with $350 on a Friday night. (And that’s modest compared to a lot of big city bartenders.)

But even though I’m possibly making three times less here in Australia, I still don’t miss serving in the States. Here’s why.

There is no “good section.”

Each shift started with a gander at the floor plan and either a sigh of relief that I got “the good section” or a wave of angst because I fucking hate “the cubby” and “I never make money there.”

In Australia, it truly doesn’t matter. I’m making the same money no matter where I serve.

It’s not the end of the world if you fuck up a table’s order.

It’s not my style to give bad service and it’s definitely not in my job description, but I am human and I’ve made mistakes. Shit happens.

I don’t know how many asses I’ve had to kiss, how many meals and drinks I’ve had to comp, all so that that one mistake doesn’t reflect upon my tip, and therefore, my livelihood. Hospitality can be a vicious place back home, but in Australia it’s far easier to let the little things roll off my back, and I notice my customers do the same.

There is zero competition.

It took me some time, but I learned in Australia that I don’t really need to be territorial over my section any more. Here, a team works together for the greater functionality of the restaurant. It’s no big deal to find managers or coworkers taking orders in your section and ringing them in for you. You needn’t worry that they are trying to steal your table, and therefore, your tip.

I could care less if people camp out in my section.

Back in Boston, every time I walked past a table of people who I knew were going to be there for hours, not ordering a thing, I’d get a pang in my chest. “Campers” come in many forms. They could be a couple on a first date, some lady with a glass of Chardonnay and a book, or some drunk sports fans who only want to order nachos and a pitcher of water. In the United States, campers are the worst patrons because they deprive paying and tipping customers from eating, paying, tipping and leaving like a good American diner.

But here in Australia, please, camp out. I want you to. Read the newspaper and sip your extra hot flat white all day, for all I care. I don’t have to wait for you to close out your check before I can go home, and I’m not relying on the girth of your bill or your generosity to pay my rent.

None of this: “I’ll have the roasted salmon please, but could you put the bechamel on the side? And I’ll have it with the caramelized carrots from the beef dish instead of the confit potatoes that it comes with. Oh, and I’m gluten free and lactose intolerant.”

Here’s how a typical Australian orders: “I’ll have the fish and chips, please.”

Your managers won’t keep you on the clock just to spite you.

I’m not saying it’s the same at every restaurant, but who hasn’t had a manager who claims that staff asking to be cut first or early is their personal “pet peeve?” Why, I couldn’t say, but if a manager even gets a whiff of your desire to screw, you can almost bet that they’ll make you jump through hoops to get what you want. Because what do they care? They’re paying you chump change, so it’s nothing to keep you on the payroll until the place closes, even if it’s dead. “It might get busy,” they always say.

Maybe it’s not universally Australian and I just happened to find an incredibly accommodating restaurant, but if you’ve got something else going on and the restaurant can function without you, they will let you go. Have to study? Not feeling well? Got a gig you’re trying to see? A friend’s in town visiting? “Yeah, it should be alright. Do you want dinner before you go?”

Because, in the end, they’re happy to just not pay you that $20 an hour if they don’t need to.

We get family dinners and shift drinks here.

I think I’ve worked one restaurant job back home that actually gave me a shift meal. I’ve never worked at one that offered me a shift drink. These are just mythical concepts in the States, rarer than a unicorn or someone from New Hampshire who wears a seatbelt. Here, I get both. Each and every shift. Sometimes the meal is swill, to be honest, but for the most part it’s edible and made by a chef, and I’m not paying out of my own pocket for it. Not even paying 50 percent for it. And because it’s Australia, that free shiftie can easily become two or three…no worries, mate.