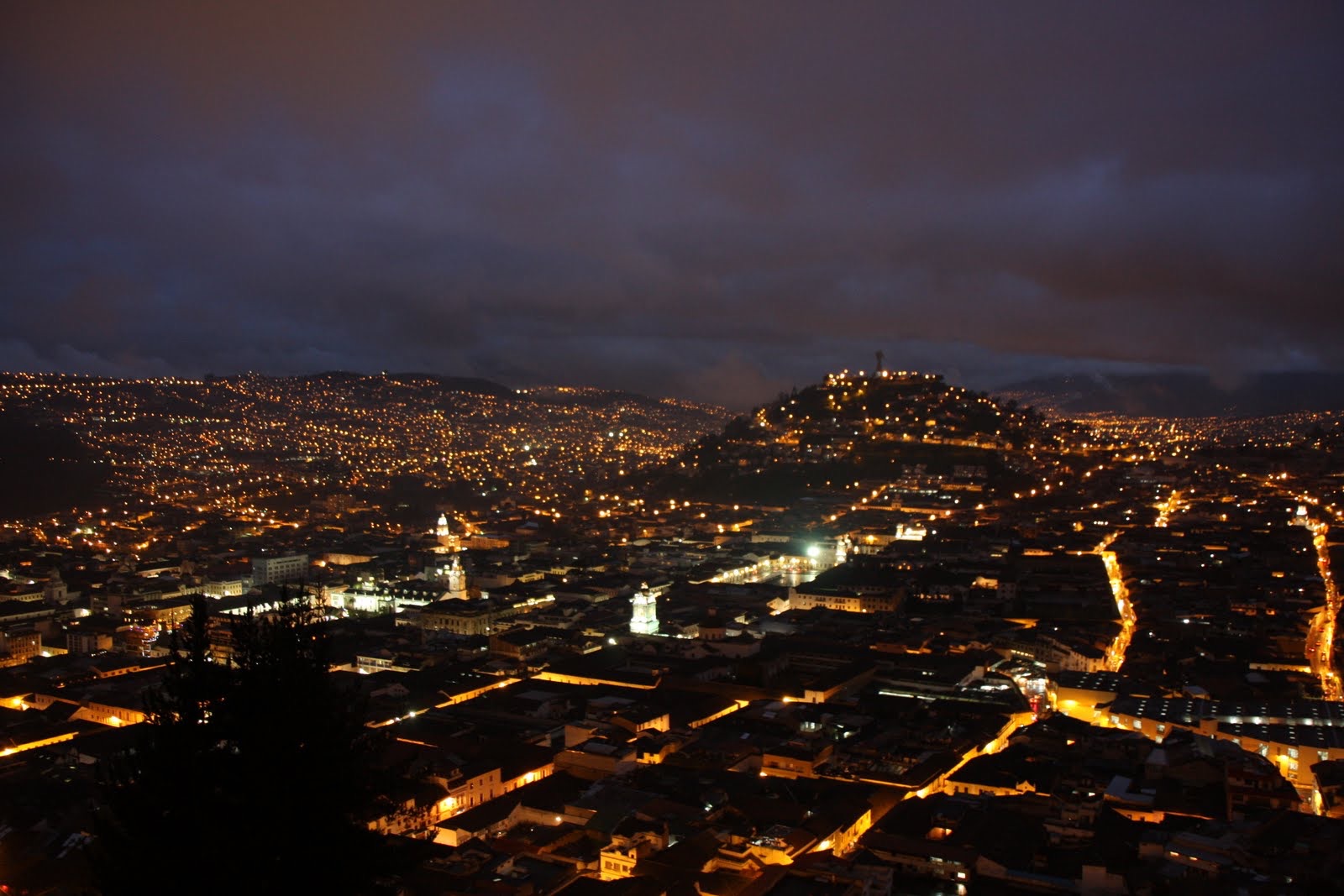 The excitement of watching the city of Quito spread out underneath my plane.

My plane seemed to bounce on the many mountaintops that shocked my vision from my window seat during its not so smooth landing. It was around 5:15 pm, so the sun was still bright in the sky, but rapidly sinking behind the lush mountains, turning them from green to brown to auburn, the clouds pink and gold. When we finally came to a hard stop, I realized that the airport was in the middle of a valley, encircled by this breathtaking scene of rugged mountains, with only one snow capped top peeking out.

After going through customs, I paid two US dollars (the currency in Ecuador) for a bus ride into what I thought would be central Quito, where I would take a cab to my hostel. The bus ride was long, but full of sights of farms and ranch style houses along the highway, with the (more than) occasional shanty town alternating with construction sites. The smell of roasting corn and nuts and grilled meats from roadside vendors made my mouth water as the city before me started to light up the mountainside with a night skyline like nothing I’ve ever seen before. It looks like thousands of gold stars scattered across a black shadow.

As we reached the bus terminal, I noticed beautiful murals of graffiti on the walls, full of Incan faces and rich colors and Galapagos birds. I also noticed that, unlike in Europe, no one was speaking English. That may sound arrogant, but usually, I see at least one other tourist. Today I was the only tall white face among the sculpted brown cheekbones and intense black eyes.

I hopped in a long cab ride full of traffic at the city center, where I paid  $20, which I later found out was about $15 too much. As we will discover, this city is blessedly cheap. But for that night, I was exhausted. I bought a bottle of beer from my hostel and sat down to chat with a Swedish girl and a German girl before I fell asleep.

More on my hostel and my first day in Quito in my next post. Thanks for reading!