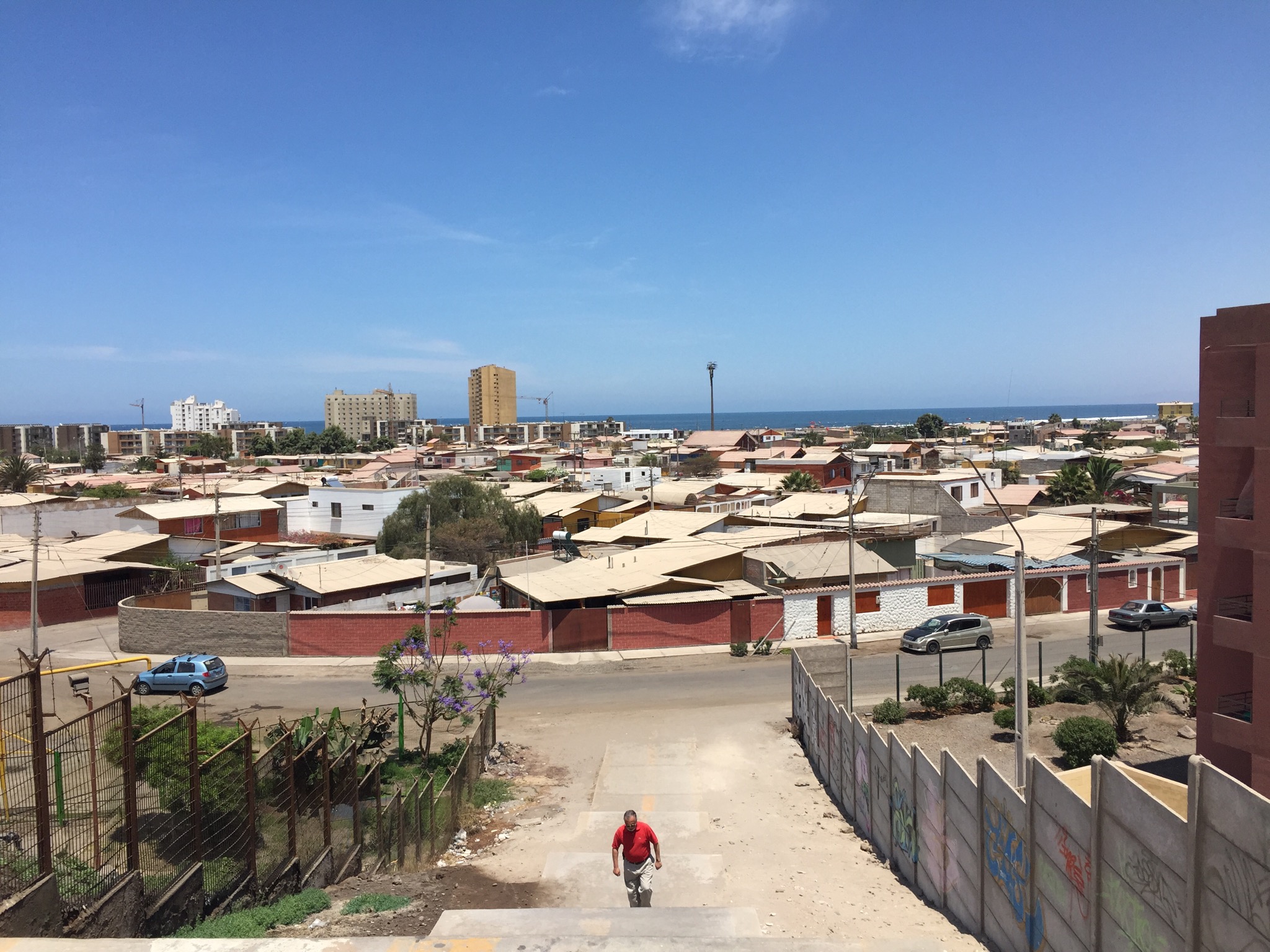 Arica, Chile is a chill beach town on the border of Peru.

The small beach town of Arica, known as the city of eternal spring, was the perfect place to recuperate after a month of jungle, high altitude, and constant learning about Inca culture. I couldn’t wait to see the ocean again, work on my tan, and rub salt water from my eyes.

Laura and I took the night bus from Puno to Tacna, a small desert town near the border of Chile, and then took a cramped colectivo (Colectivos change from city to city. This one was a 4-door that fit 5 passengers) across the border into Chile. After a few immigration procedures (Note to self: If you ever go back to Peru, do not, I repeat, DO NOT, lose the customs form you get when you enter the country. You will have to pay a fine upon leaving.) that were oddly strict about bringing in fruit from the other side, I was again sandwiched between the driver and Laura in the front seat of the taxi. Three pushy Peruvian women with bags of groceries and God knows what else hogged the back seat. 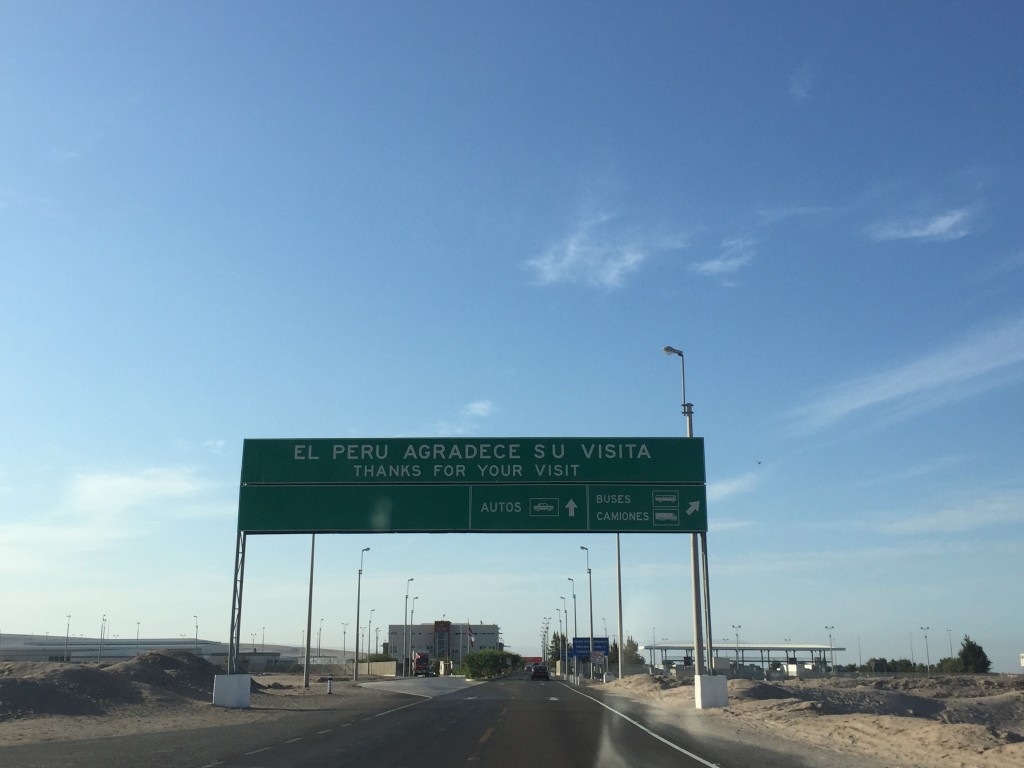 The air in Chile was already different than the air in Peru. Maybe it was me, maybe it was the oxygen levels, maybe it was our proximity to endless ocean, but it felt simply more pleasant. I would soon learn that the people were, in my opinion, kinder and more patient than many people I dealt with in Peru. The sun was bright as it rose over the desert we were driving through at record speed. The driver began to point out a blue fog to our right, claiming it was the sea. I got butterflies. You could see a city and a tall, sandy cliff forming through the mist. Arica. Where flat square buildings painted bright orange, yellow, and pink studded the streets before the impossibly calm, light blue ocean and old ladies swept the sand from their tiled front porches. I couldn’t wait to strip off my many layers and slip into a pair of flip flops and a bikini.

We booked at Hostelling International Dona Ines, due to the good reviews about the staff and breakfast on Hostelworld. While the hostel is a little outside the main part of town, we chose this hostel over one closer to town due to the importance of having wifi in bed.

The main mode of transport in Arica is via colectivo, albeit slightly different from the colectivo that took us across the border and the one that took us from Cusco to Ollantaytambo. These shared taxis are more organized than desperate Peruvian colectivos. Each passenger pays 600 pesos (about $1) to ride in the assigned route of the shared taxi. (PS- Yeah, spending thousands of pesos each day took a lot of math and a lot of getting used to, especially when we’re talking big numbers in another language.) The colectivos that we’d get to know so well were the A and the 4, which passed through the town center, the bus station, and took us more or less directly to our hostel at the corner of Chapiquiuna and Blest Gana. 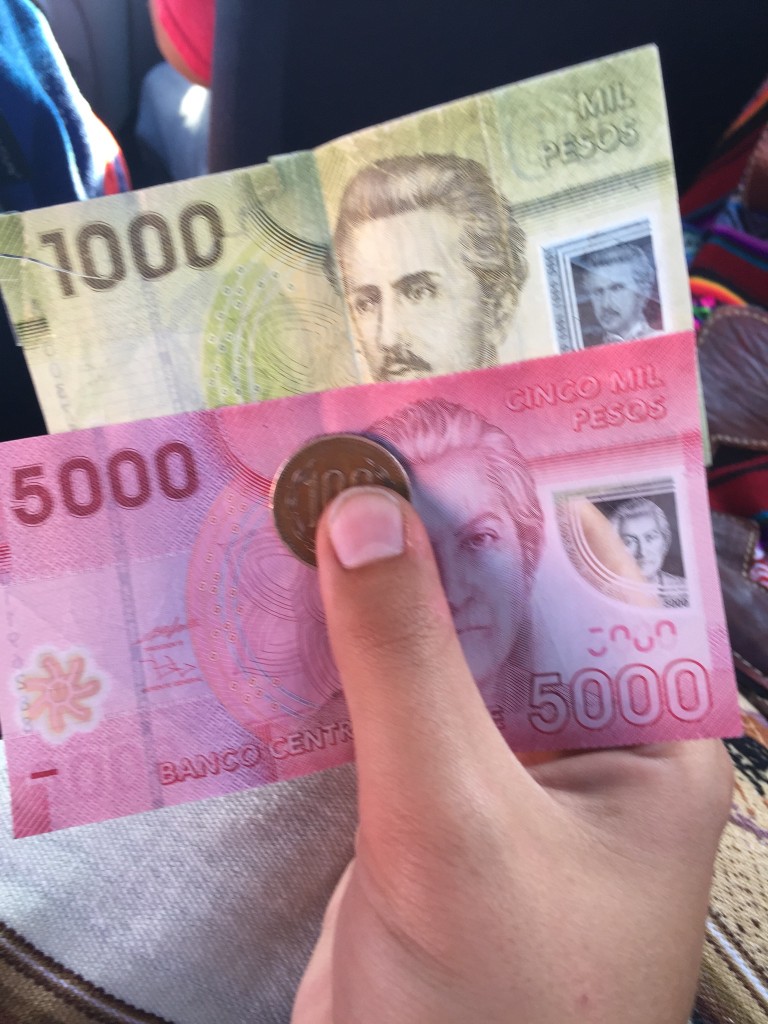 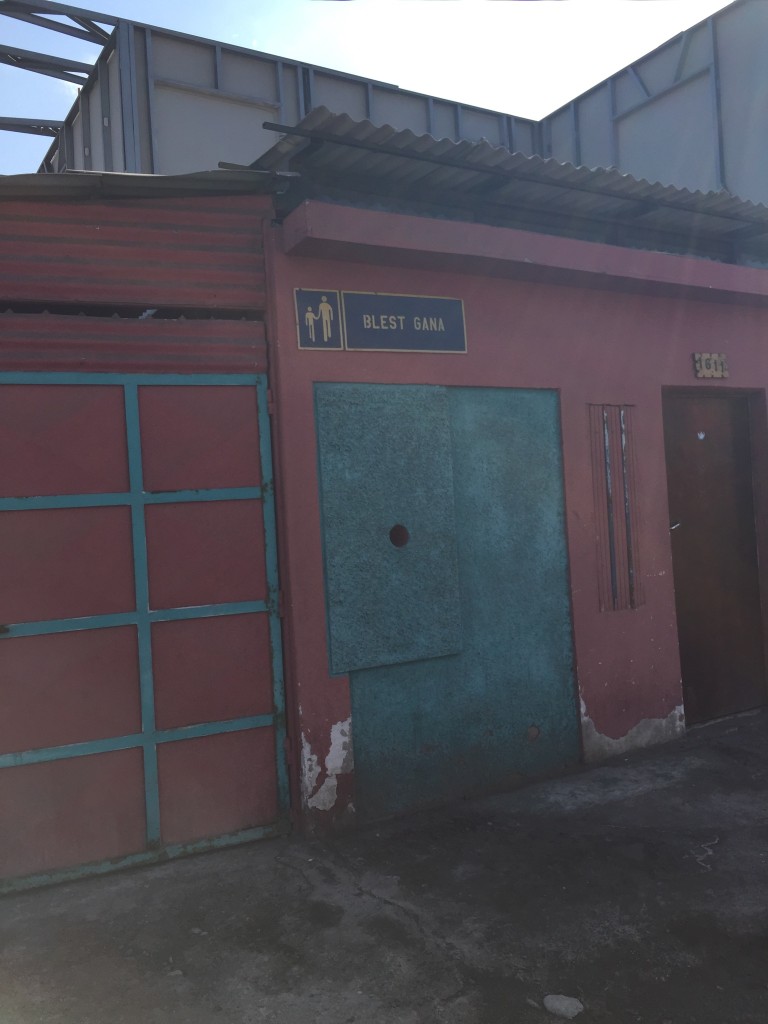 A door in the middle of a cool mural opened to reveal an outdoor space filled with colorful art, a Christmas light covered tree, and a pool table. The walls were covered by notes to the hostel and funny jokes or insightful quotes, to which we naturally added. We were greeted by an old brown pitbull named Randolf and a long haired, sleepy-eyed Chilean named Brian. I dumped my multiple bags on the nearest table, removed my poncho, and sat on the floor to pet the good boy. 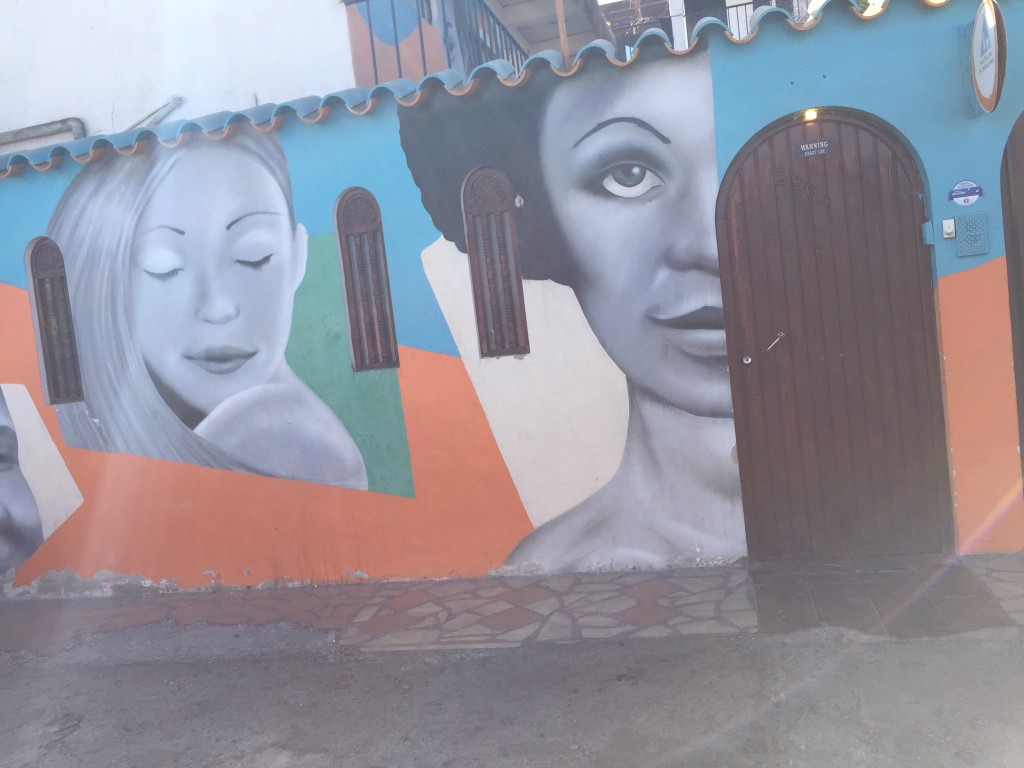 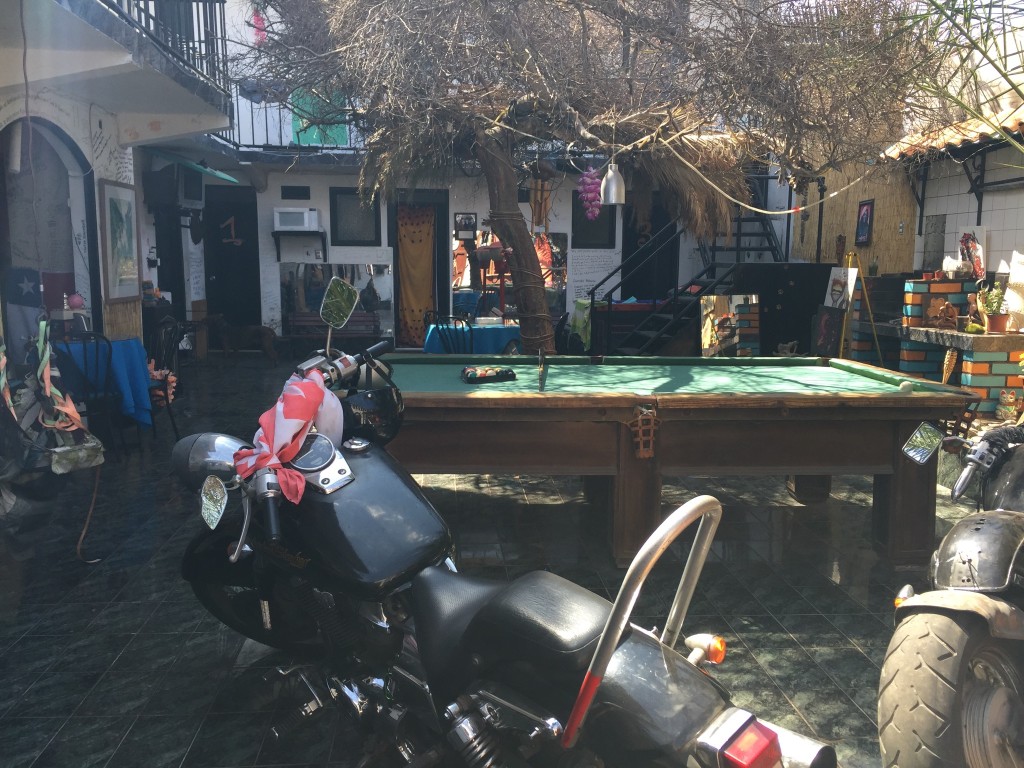 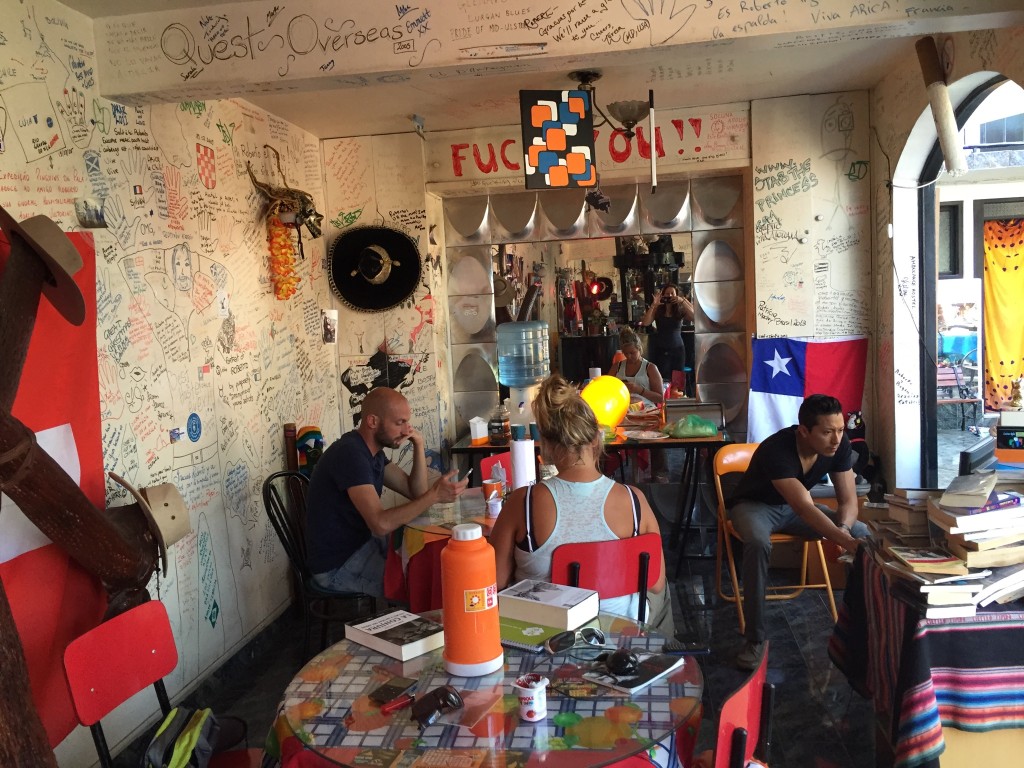 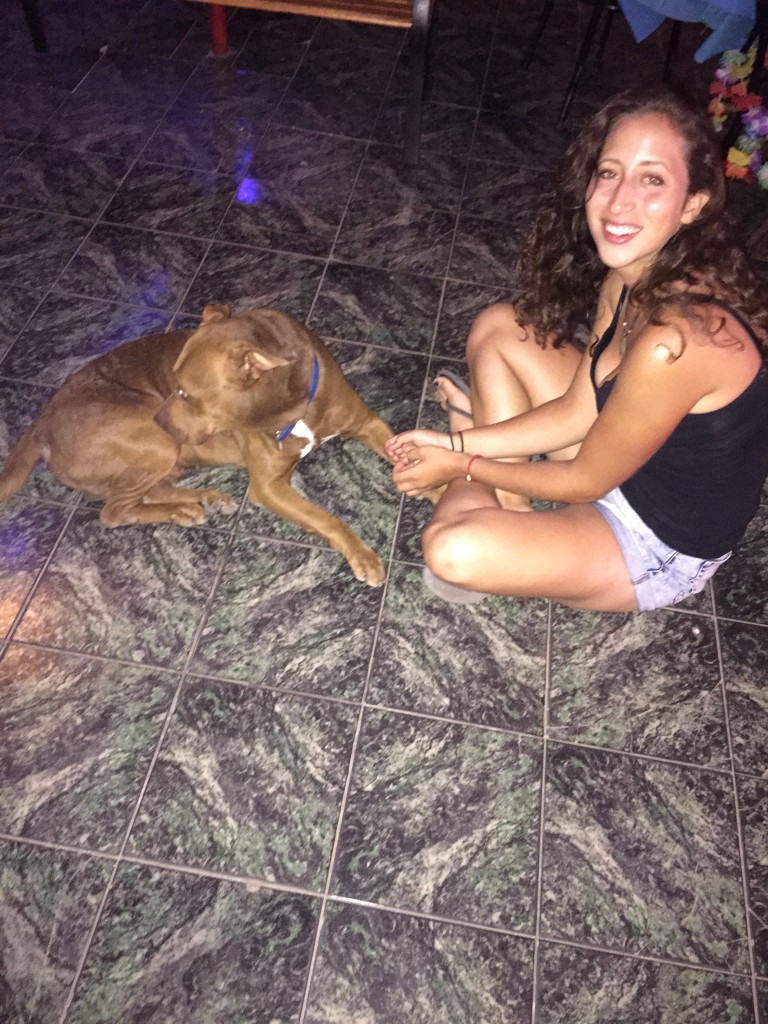 We checked in quickly to a three-bed dorm with a hungover, sleeping Frenchman, a mini-kitchen and a private bathroom, raced into our swimsuits, and walked a half an hour in the sun to the beach, getting honked and whistled at the whole way. Normally, the raging feminist in me would have gotten mad at the audacity of these pigs forcing unwanted attention on me. But, I was in a good mood that day, so I smiled and waved at passing cars, feeling like an utter celebrity when they stopped to let Laura and me walk across the street rather than almost run us over like the drivers in Peru. 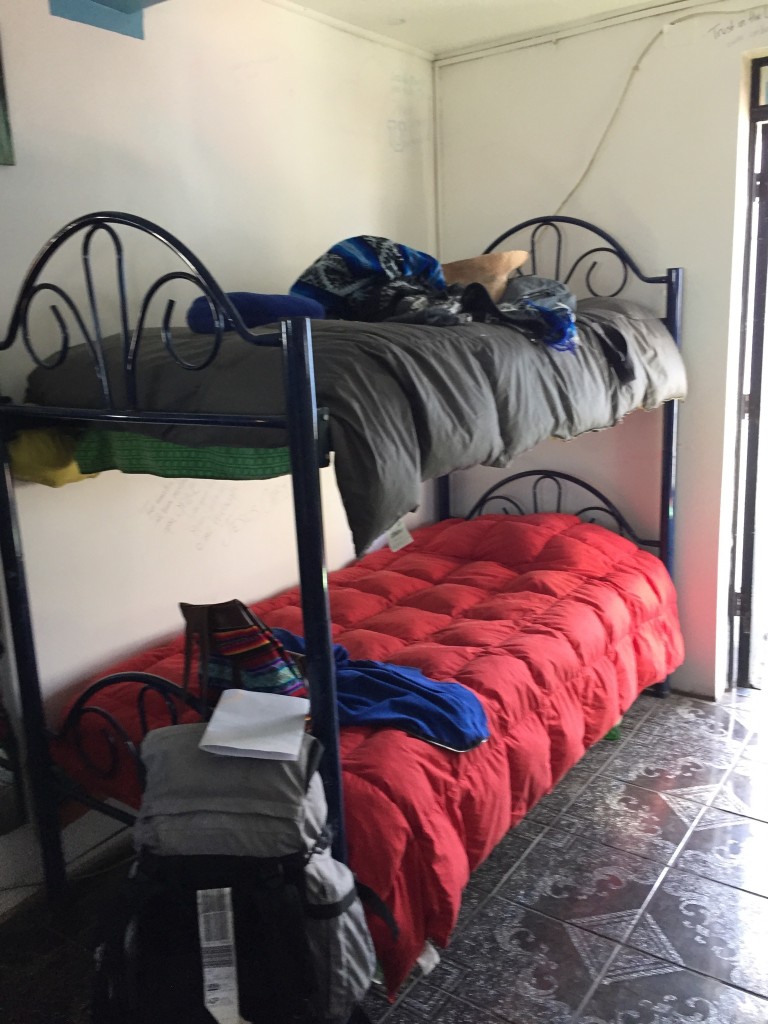 The beach in Arica was windy and the water was cold, but Laura and I convinced ourselves that our blood could handle it. We were Northerners, after all, used to braving the nearly arctic Atlantic waters of New York and Ireland. Well, this water can’t have been much colder than what we were used to, but the wind chill made the 70 degree air feel like 60 degree air, and here we were without a towel or change of clothes. We air-dried as we walked the length of the beach and into town, stopping every ten minutes or so to apply baby powder to our chub rubs whenever we were in areas free of leering Chileans. (To be clear, I was never creeped out by the Chilean men, and never felt threatened. They only looked and said hello. Everyone here seemed too nice to cause harm or to offend.) 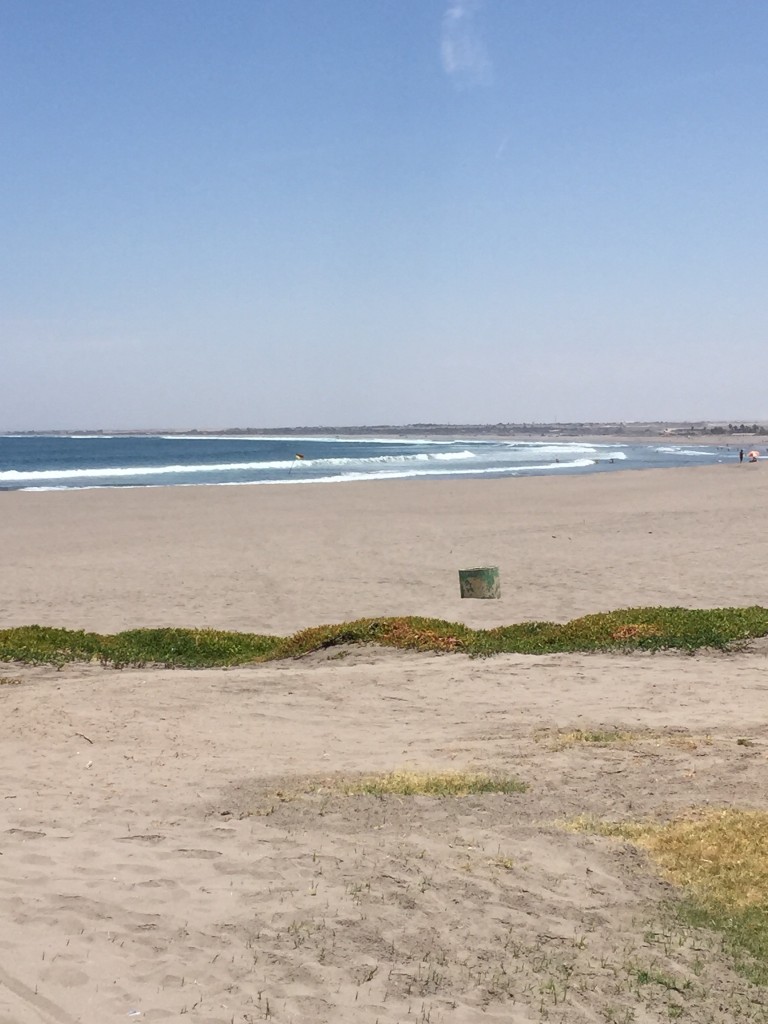 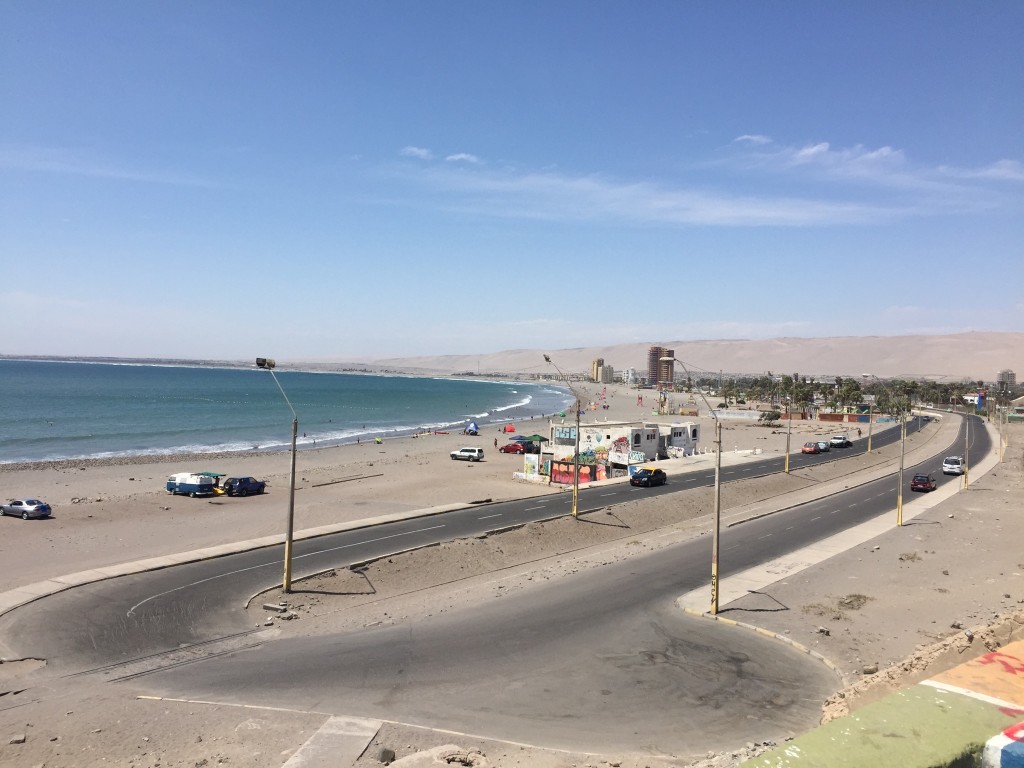 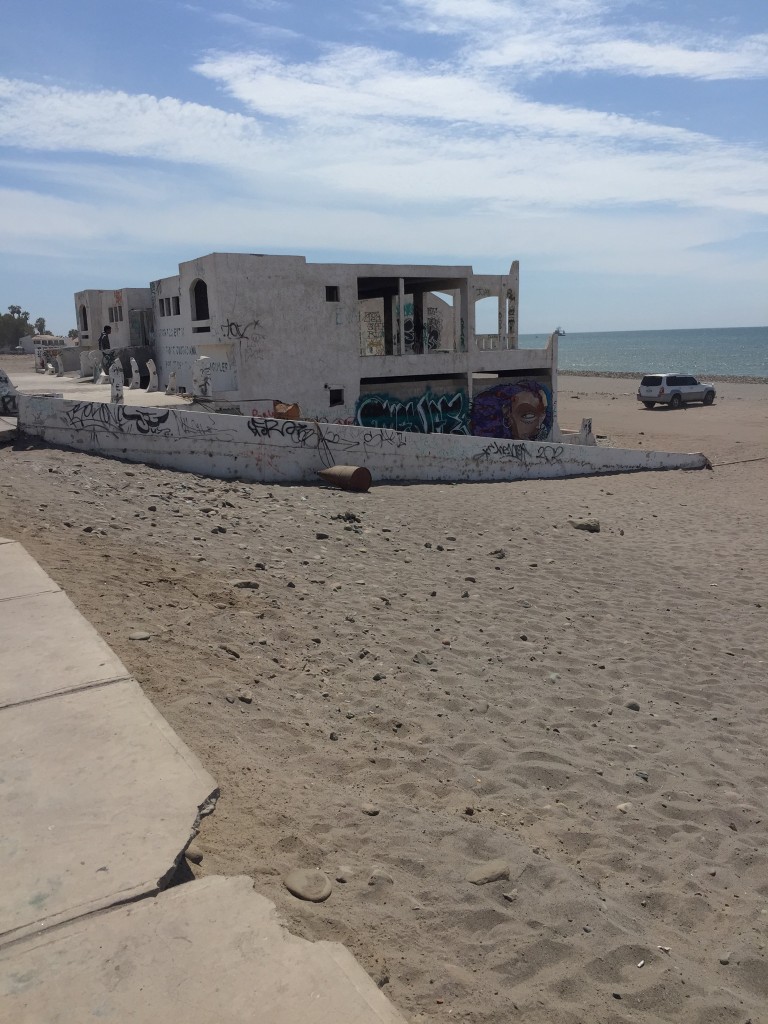 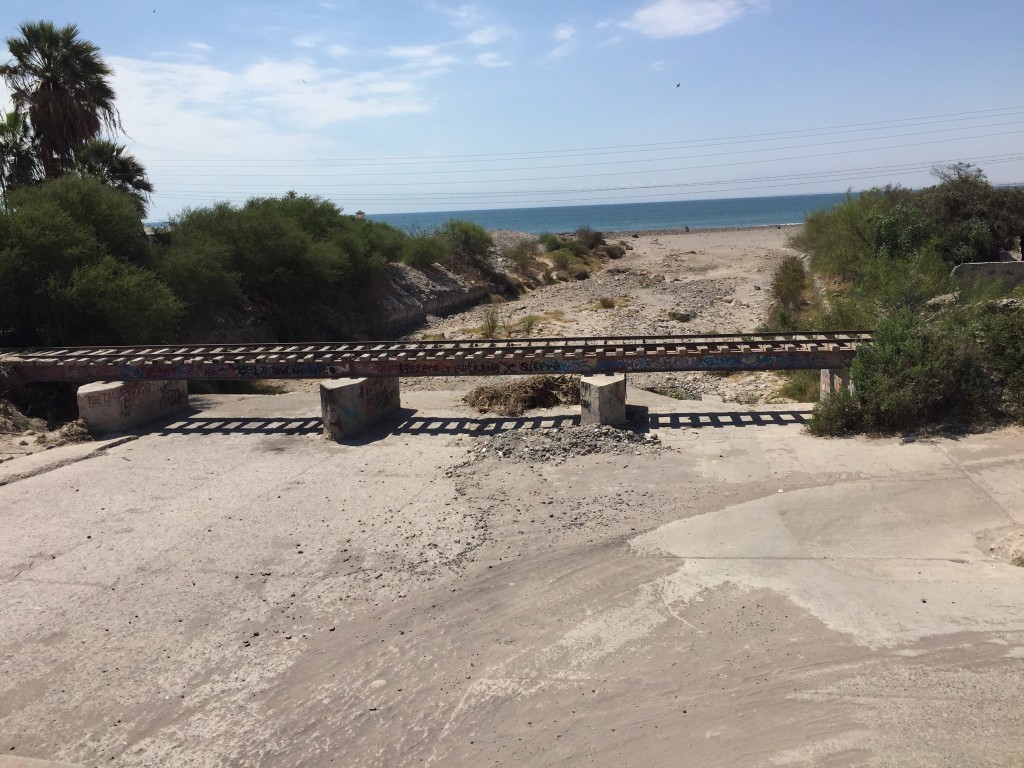 The walk along the pavement was filled with bright colored street art and buildings to contrast the hazy, light brown sand. The city center was pretty chilled out. We found the main streets where one can dine or buy things one doesn’t need, both of which we did. Calle 21 de Mayo is a long, white-tiled pedestrian street. Restaurants, bars and stores line the sides while the pathway comes alive with shoppers, skaters, locals, tourists, and people selling handmade jewelry or bouncy balls or homemade sandwiches. The cliff, known simply as El Morro, which I hear offers a beautiful view of the city and sea, greets you near the bottom of the downhill commercial center, towering high and tan. 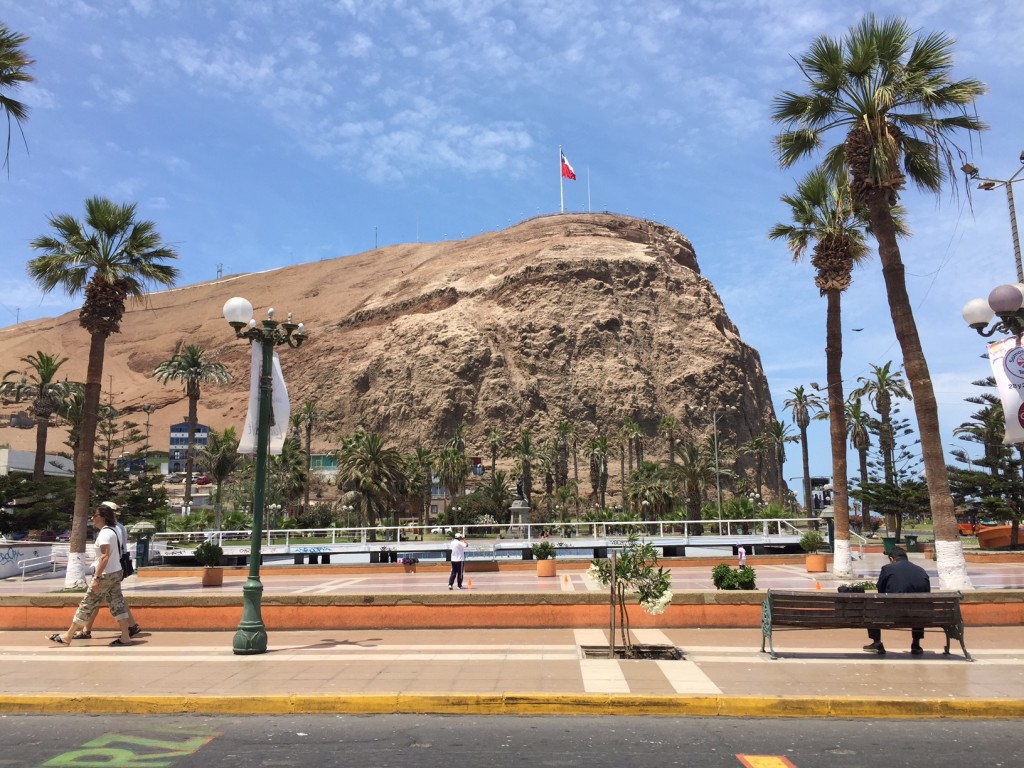 These sites were enough to keep us entertained for our first day, so we set off back to the hostel, stopping first at the supermarket to pick up some ingredients for dinner.

Brian is a good DJ, and the chill waves of indie electro were already bumping when we returned. The over-excited, very friendly host Robert, who refers to every female as his “future ex-wife,” explained to us that we were going to party that night. So, after dinner, Laura and I put on makeup for the first time in a month and a half. I wore a dress that I hadn’t worn before or since. It felt nice looking like a real person instead of a hairy-legged, baggy-eyed, harem pants-clad traveler. Oh, did I mention that this was also the first time I bothered to engage in leg hair removal on this trip?

The four or five other guests all began to filter into the courtyard, along with a few older friends of Robert’s. One very large man I recall roared an awful lot. Rib-flavored Lays potato chips and airy cheese puffs were passed around as bottles of vodka, rum and whiskey were slowly emptied. When I wasn’t sitting quietly and happily, munching on free chips and listening to the conversations around me, I made my rounds, having engaging discussions with guests and visitors alike. I spoke to a Bolivian guest about threats to the rainforest, argued with an Aussie about who the best characters are from A Song of Ice and Fire, dabbled with the idea of letting Brian tattoo a wave on my back, and learned about the specifics of paragliding from one of Robert’s pilot friends. My hosts were gracious and generous, and wonderfully 420 friendly, and I slept peacefully after a night of good food and good company.

The next few days, Laura and I really took it easy. We went back to the beach and rented boogie boards from Punto Surf. The waves were too small to ride and we were soon too cold and freaked out by the giant jellyfish to continue playing. We checked out a smaller beach past the cliff, walked with our feet in the clear water, and enjoyed the feel of the sun on our skin. When we got hungry, we found a restaurant called Cafe del Mar on 21 de Mayo, which we returned to the next day because the food was so delicious. I highly recommend any of the crepes and the Churrasco, a steak sandwich that is very popular in Chile. 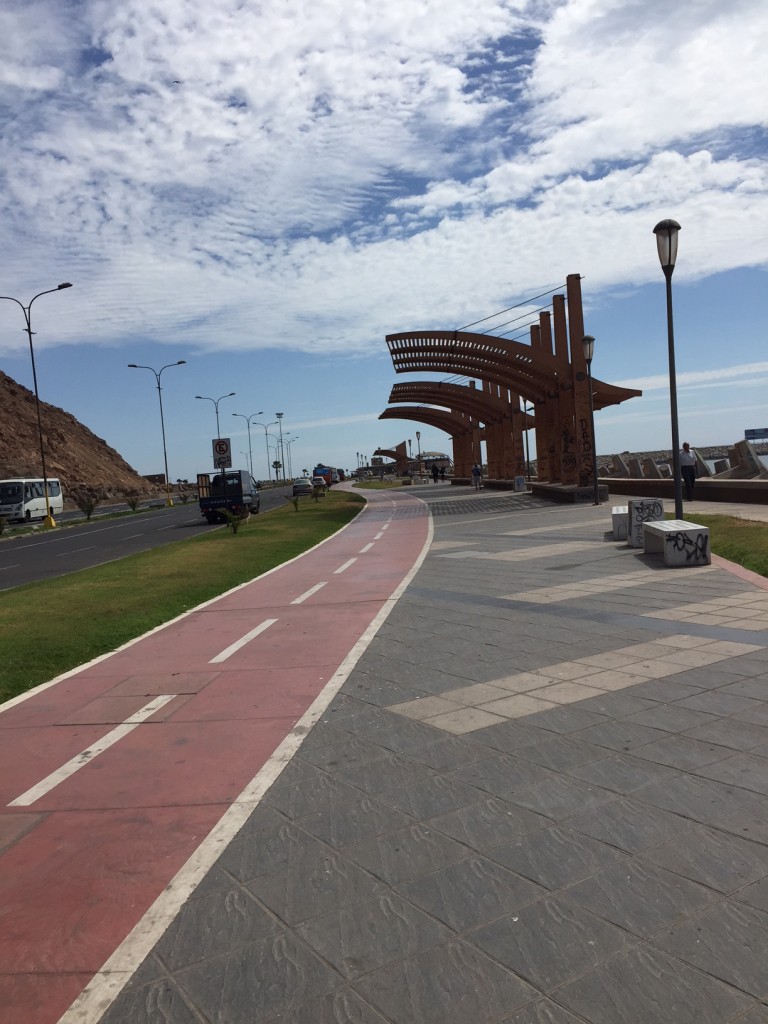 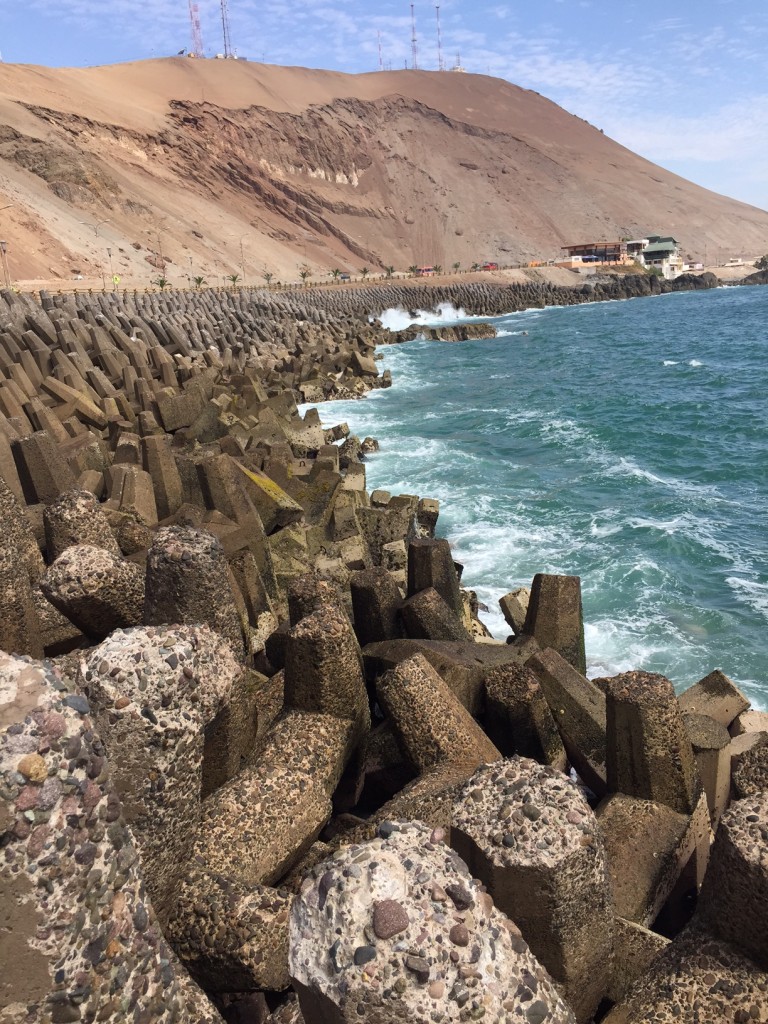 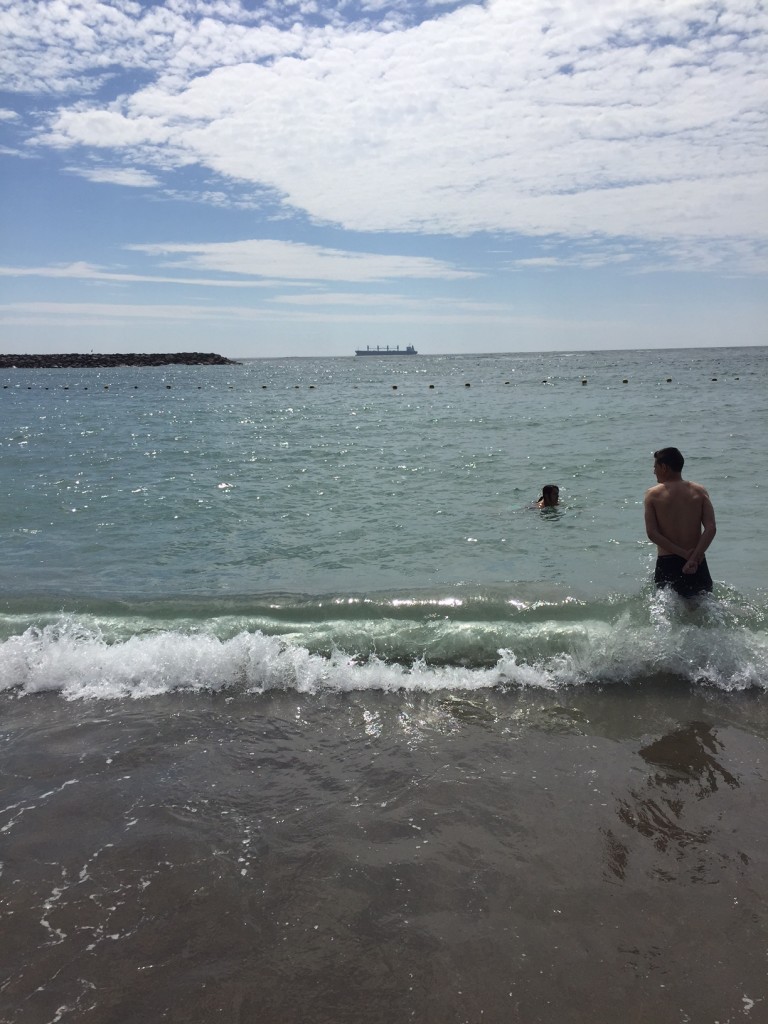 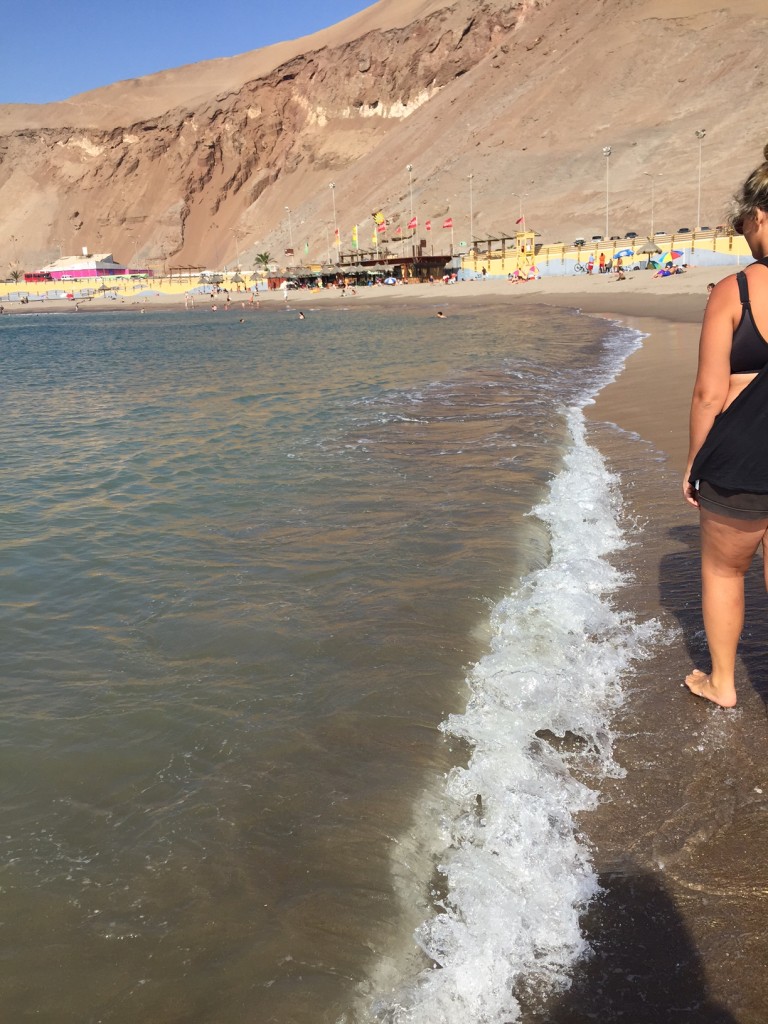 For us, Arica was a chance to chill out. When you’re traveling and constantly moving, it’s nice to afford yourself some time to be lazy, walk along the beach, and take advantage of strong wifi. Our next adventure would come in a few days with our trek to the beautiful desert of San Pedro de Atacama. Stay tuned!

Below you will find our additions to our dorm room wall: 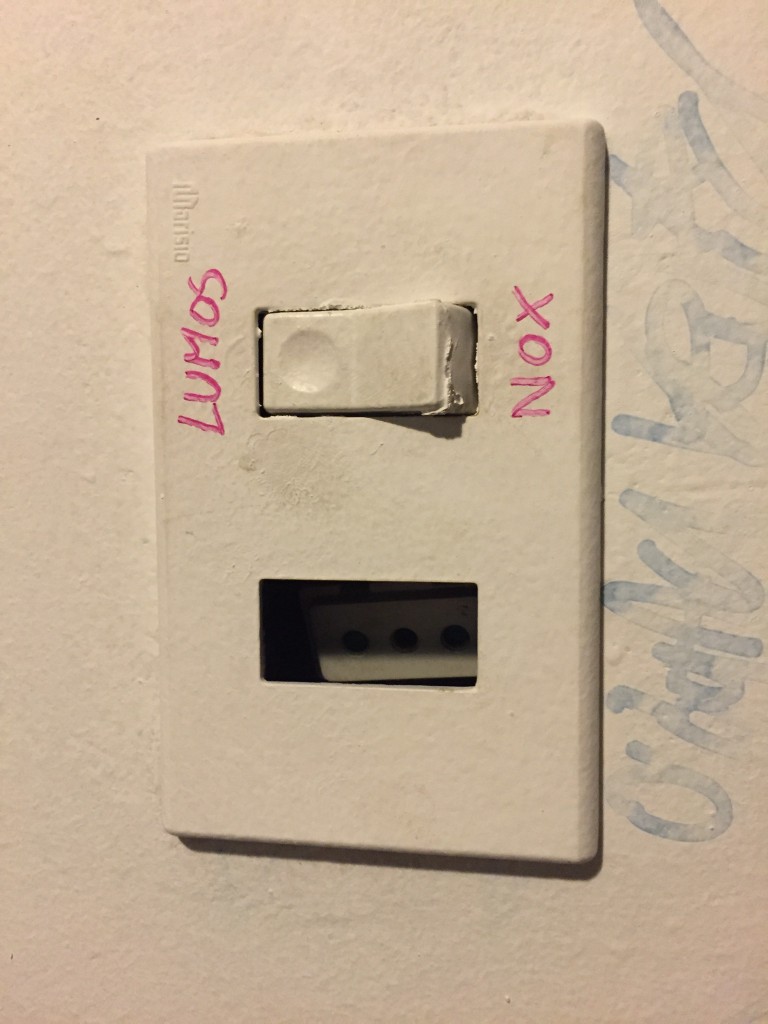 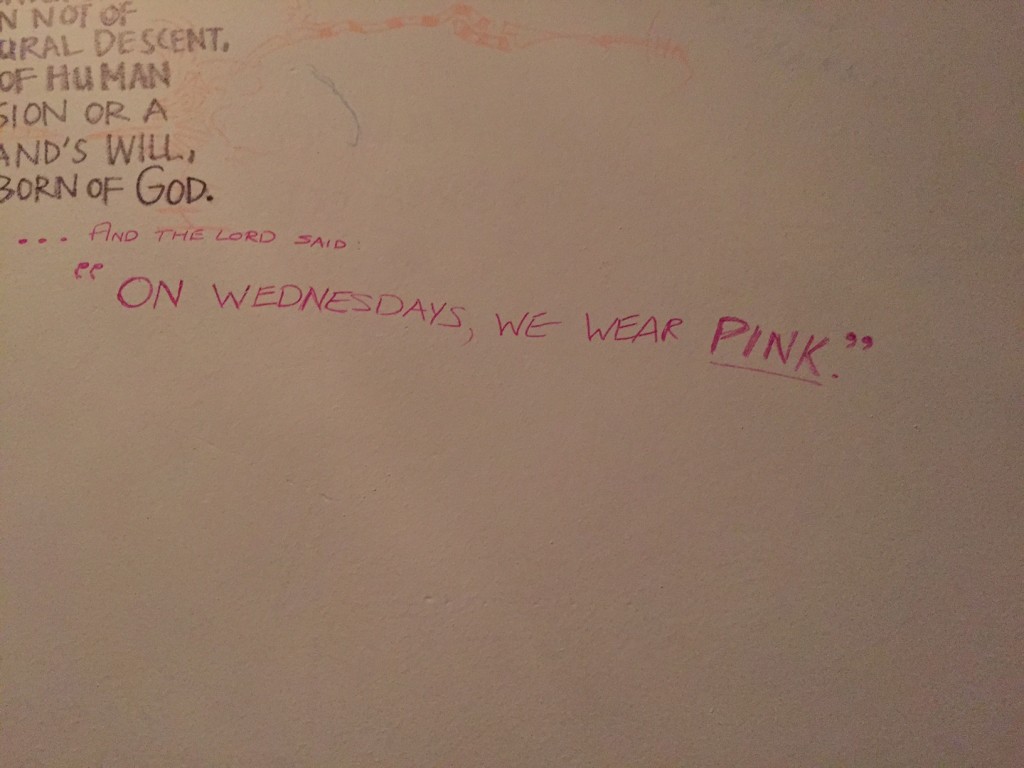 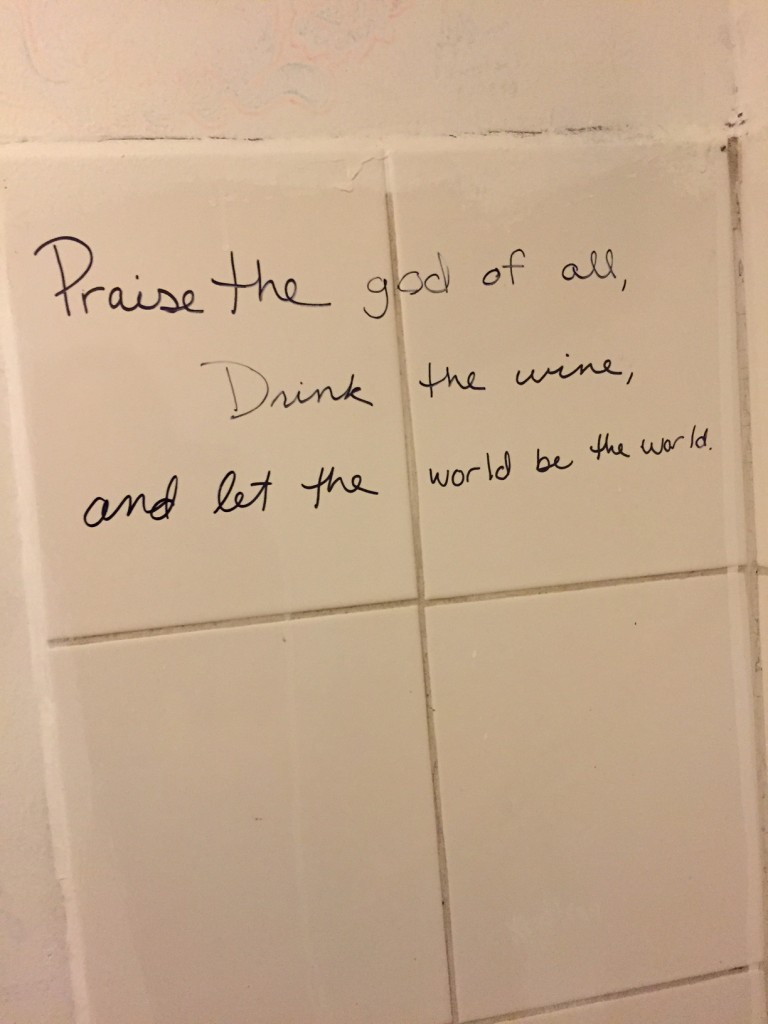 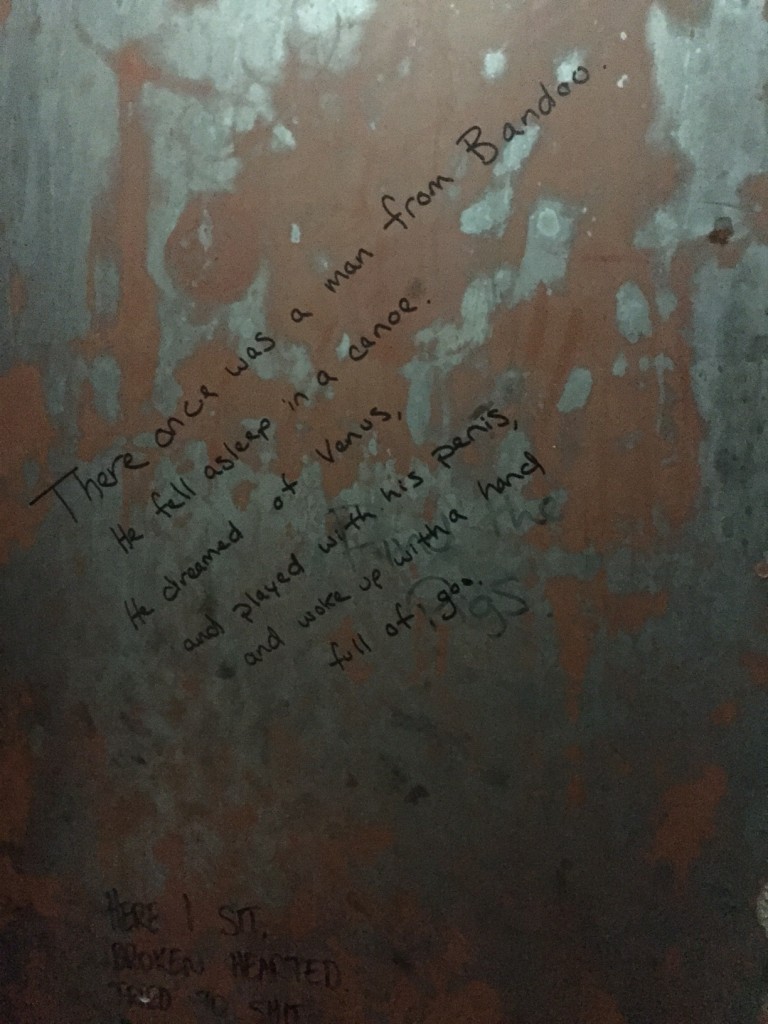